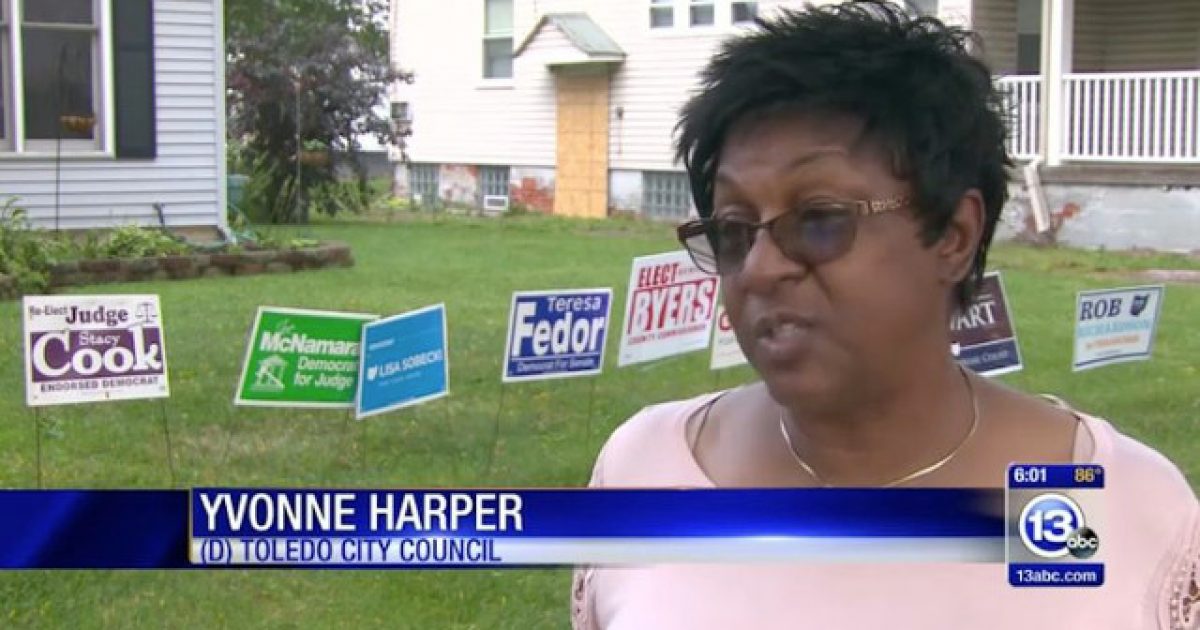 A city councilwoman from Toledo has come under fire for posting a super offensive meme on social media that calls red states “Dumbf–kistan.”

Aside from being offensive, the meme is just plain, outright stupid and juvenile, which, granted, most memes are, but this one seems especially lacking in creativity and taste.

Yvonne Harper, a staunch Democrat, caught all kinds of flack for posting the meme — which showed states voting Trump as the, uh, aforementioned name above, and the states that voted Hillary as the United States — forcing her to delete the post.

“I was posting as a constituent,” Ms. Harpertold a local ABC affiliate. “My job is to get people out to vote, and that’s what I thought I was doing. Didn’t realize that I was gonna draw this big uproar.”

In a Facebook post, Ms. Harper said she took a screenshot of the meme off the internet and failed to remove the profanity before posting her own version.

“I know that I am an elected official. But I am ALSO a person. A WOMAN, an individual, a constituent who has been listening to the confirmation hearings, the news and the current President’s (elected official) statements,” she wrote.

“I admit that I did leave the curse words on it but to only get voters out there no matter what — but I was posting under my personal FB page and I made sure it was not council page — voters need to understand that I am a solid voter and a citizen.”

“I have never ever ran away from a statement that I have made — I stand up — I won’t hide from my comments,” she added.

In the post she made, Harper slammed Justice Brett Kavanaugh for his emotional state during his confirmation hearing when he was facing unsubstantiated accusations of sexual assault, which is ironic, don’t you think?

Here she is getting all kinds of angry and unhinged, posting up offensive junk and name calling those who disagree with her politically, while slamming someone for getting angry at being falsely accused.

Trump Supporter Finds His Truck Torched. The Reason Why is Absolutely Infuriating.