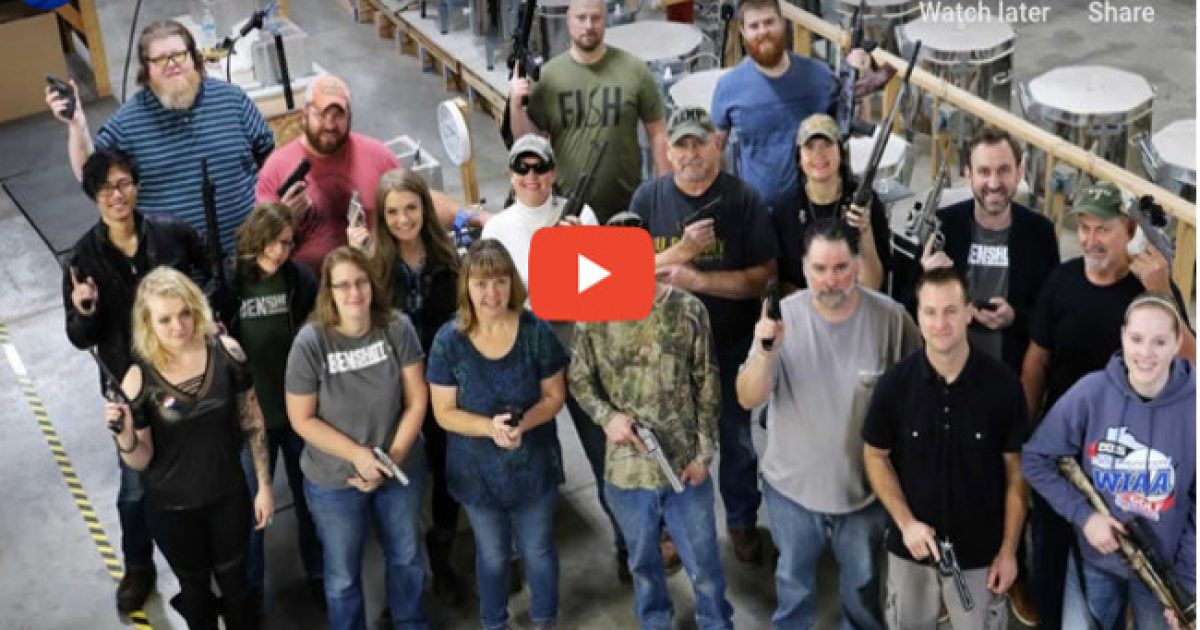 Ben Wolfgram, the owner of a glassware manufacturer in Hortonville, Wisconsin, has decided that all of his employees made the nice list this year and is giving them the gift that keeps on giving all year around.

That’s right folks, if you work for Mr. Wolfgram and haven’t been naughty this year, you’re going to get the opportunity to exercise your glorious Second Amendment rights by owning a gun that will help you in the pursuit of defending life, liberty, and property.

Ben Wolfgram, who co-owns BenShot — a company that produces glassware embedded with bullets — opted to gift his employees handguns in an attempt at team building and for personal safety.

The Appleton Post-Crescent reported Wolfgram’s business has 16 full-time employees — some of whom are U.S. military veterans.

Wolfgram told the outlet that most of his employees were gratified by the prospect of a handgun, and only two initially declined the gift.

They appeared to reconsider, however, after taking a gun safety course on the company’s urging, Wolfgram said.

One employee, Chelsea Priest, said that she feels protected by the gift.

“I’ve never been a part of anything like this,” she admitted.

Wolfgram said that he’s not at all worried about any of his employees turning around and using the gift in an act of workplace violence, noting that they’ll now have an entire armed staff, alluding to the fact that someone taking such action would be foolish for attempting something like that.

Wolfgram went on to state that he made sure to comply with the law regarding the purchase of firearms and told his employees they could pick out a handgun of their choice and he would provide them a gift card expressly for that particular weapon.

Background checks were completed for the guns.

Mueller Could Seeks Answers from President Trump THIS WEEK