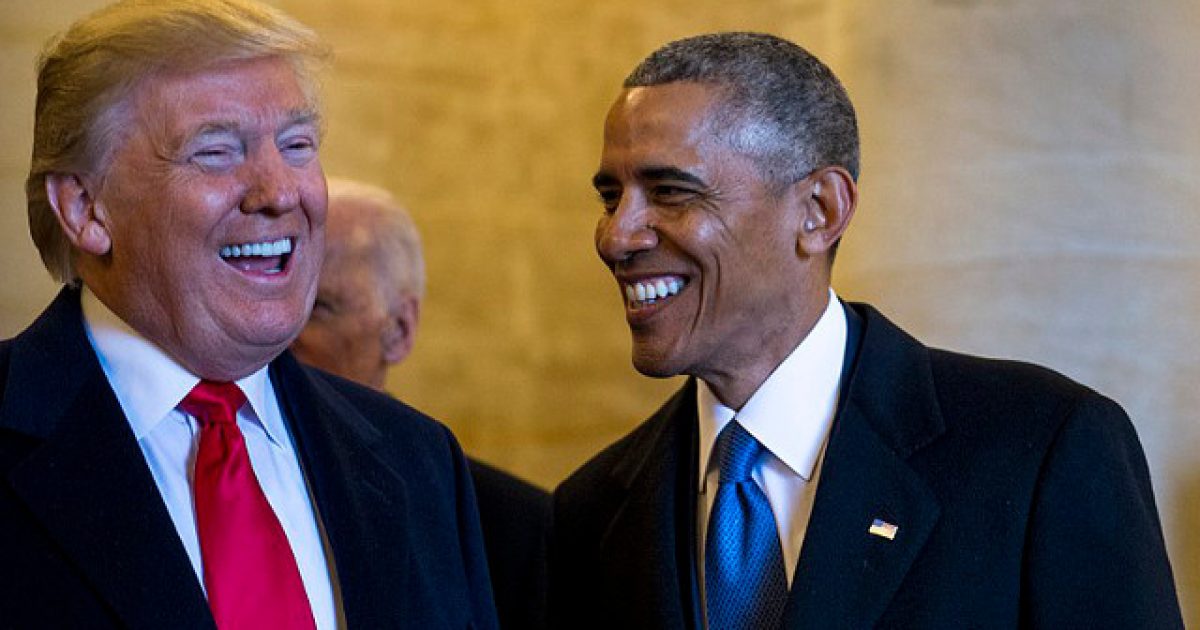 President Trump was recently conducting an interview where he discussed Russia and former President Obama’s relationship with the country, putting him on blast by calling him a “patsy” for the Russian nation.

Trump made a claim during the interview that he has been harder on Russia than any other president ever, addressing accusations that he colluded with the country in order to steal the election from Hillary Clinton.

“Look at the sanctions I put on, look at the diplomats I threw out. … Nobody else did what I’ve done,” Trump said.

“Obama didn’t do it. Obama was a patsy for Russia, he was a total patsy,” he continued.

Trump referenced a 2012 statement by Obama, when he was caught on a hot mic telling then-Russian President Dmitri Medvedev that he would “have more flexibility” after the 2012 presidential election to negotiate with Russia on missile defense.

Trump called Obama’s comments “stupid,” adding, “nobody does a big deal about that.”

Obama wasn’t only weak when it came to Russia, but when it came to foreign policy in general. His “leading from behind” approach caused many nations around the globe to laugh at us and openly disrespect us, knowing Obama would not strike back and defend his home country.

What’s even worse is that his lack of action concerning ISIS enabled them to grow in power and sweep through the middle east, spilling gallons of blood along the way.

It’s nice to finally have a leader in the White House who has managed to restore our place on the geopolitical stage and get things done, like take care of the threat posed by North Korea.

Let’s hope the good times continue to roll on.