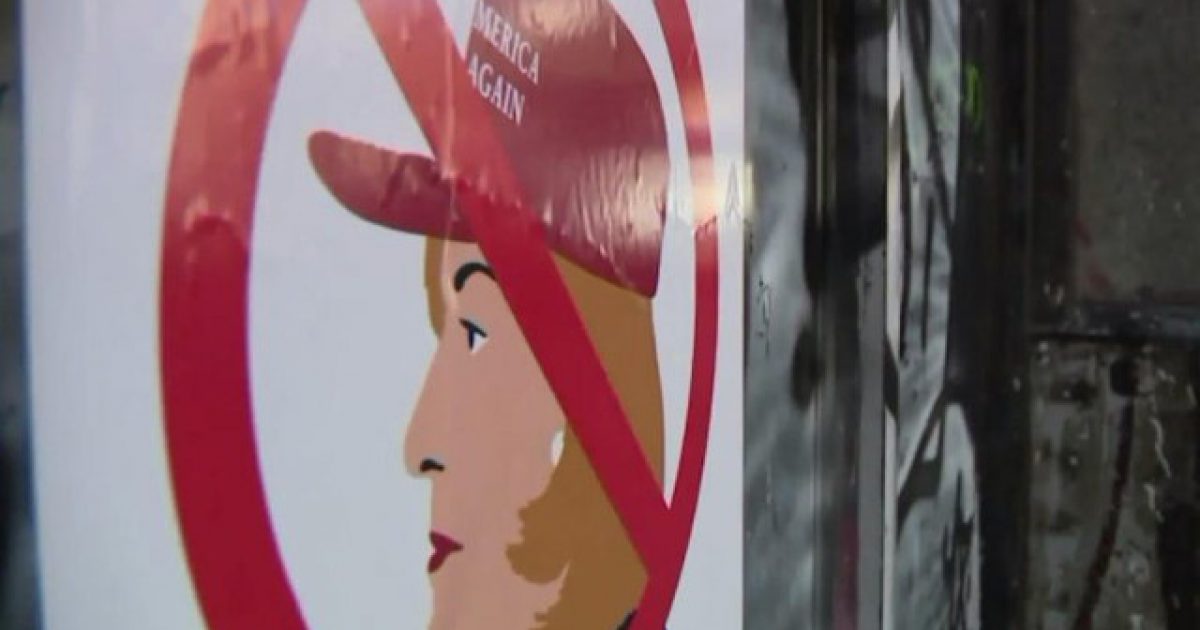 All across the city of New York, anti-Trump posters are popping up on garbage cans in an effort to protest against the president and his agenda to help restore America to prosperity and liberty for all its citizens.

The posters themselves were titled “Keep NYC Trash Free” and featured the NYC Department of Sanitation logo. However, the agency itself stated that they didn’t create the posters nor do they condone the “unlawful defacement of City litter baskets or public property,” indicating they are looking into the matter.

One poster depicts a white man wearing a white tank top and a MAGA cap. He also has a confederate flag “heart” tattoo and is holding a Chick-fil-A cup, if the stereotypes weren’t sufficient enough.

East 9th and Avenue A. #keepnyctrashfree

Another poster shows a white woman wearing a MAGA cap and clinging — bitterly, no doubt — to a Bible. No gun in sight, however.

#keepnyctrashfree this guy just blocked me! [email protected]????????????the person responsible for putting up these ads! Repost from @bakedalaska – These are real ads running in New York City calling for the removal of “trash” which includes white people, trump supporters, and Christians. This is an all out assault on western society. Rise up gamers. #MAGA –

“I actually think it’s really disrespectful to New Yorkers,” Liz Morrow told WPIX, adding that “he and I will never get along, and that’s perfectly fine with me. But at the end of the day you have to respect people for who they are.”

Julie McMinnon had a different take, telling the station that while the posters are “a little abrasive … I do appreciate it. I think it’s funny. It’s very New York.”

The posters themselves are of a similar style to Winston Tseng’s artwork, like the “Your Train is Delayed” MTA parody ads, but whether or not they are his handiwork is still unknown, though he did speak with WPIX and has denied any involvement in their creation.

Avenatti’s Career Imploding After Client Has THIS to Say