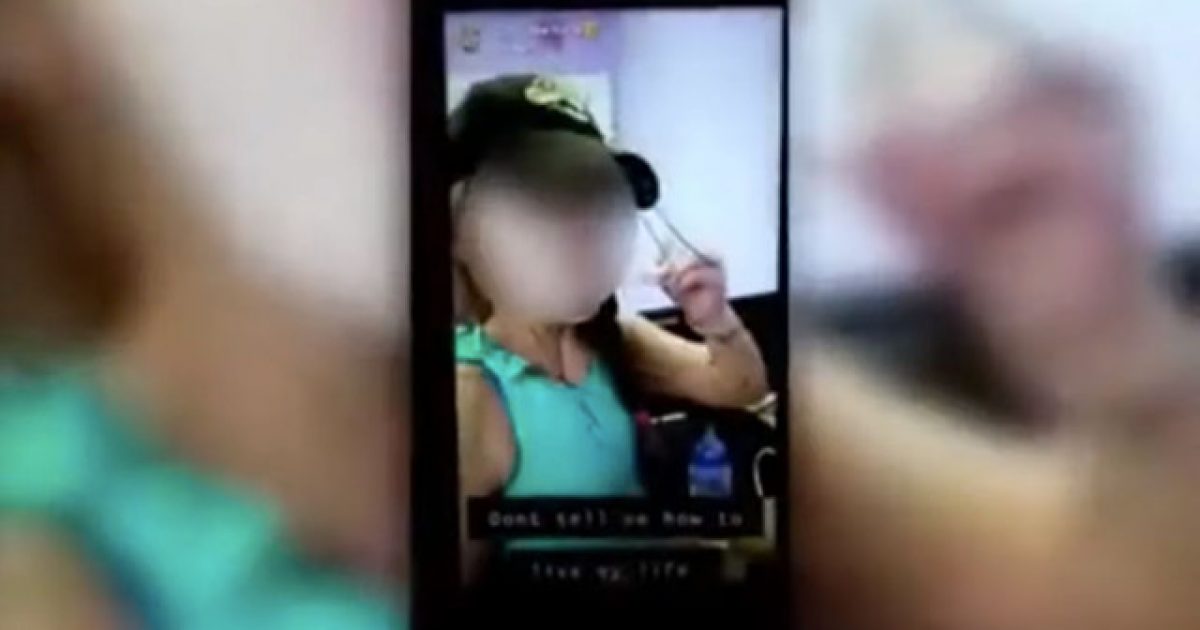 There’s something wrong with people today. Like really, really wrong. A great example of this that backs up that claim is the recent rash of videos being posted online of people licking different objects at stores and other public places and putting them back where they got them for someone else to end up picking them up and using them.

It’s unsanitary, disgusting, and can also land you in prison for a really, really long time.

This is the lesson that a Florida mother is learning the hard way after recording and posting a video of her daughter licking a tongue depressor at a doctor’s office and putting it back with the unused items.

Thirty-year-old Cori Ward went with her daughter to the All About Kids and Families Medical Center in Jacksonville, Florida. While there, her daughter licked a tongue depressor in the office and then replaced it where it could be used again on an unsuspecting patient. Ward recorded the entire thing and posted it to Snapchat on Tuesday.

She was arrested Thursday.

According to the Jacksonville Sheriff’s Office Department of Corrections, Ward is not eligible for bond and could face a maximum sentence of 30 years. While 30 years may seem steep for something like this, germs on a tongue depressor could be extremely harmful or fatal for another patient who was immunocompromised.

Ward was charged with “tampering with consumer product without regard for possible death/bodily injury.”

In a now-deleted Facebook post documented by WTLV-TV, Ward said that the video “doesn’t show that the items were thrown away or anything else that happened.” She also claimed that she had not intended for the video to be part of an internet “challenge or whatever,” and that one of her “20-something friends” must have “allowed another person to video” record the Snapchat video she sent.

This is absolutely disgusting in so many ways, not to mention a health risk to all of those who may have been exposed to this person’s germs.

The mother in this case absolutely deserves to get the book thrown at her for potentially causing someone to have life-threatening issues as a result of her stupidity.

What’s really disturbing is that this seems to be some sort of trend that’s going around online and will likely continue in one form or another until a bunch of folks are made examples of.

Good News! Miley Cyrus Promises Not To Procreate Until Climate Change Is Solved