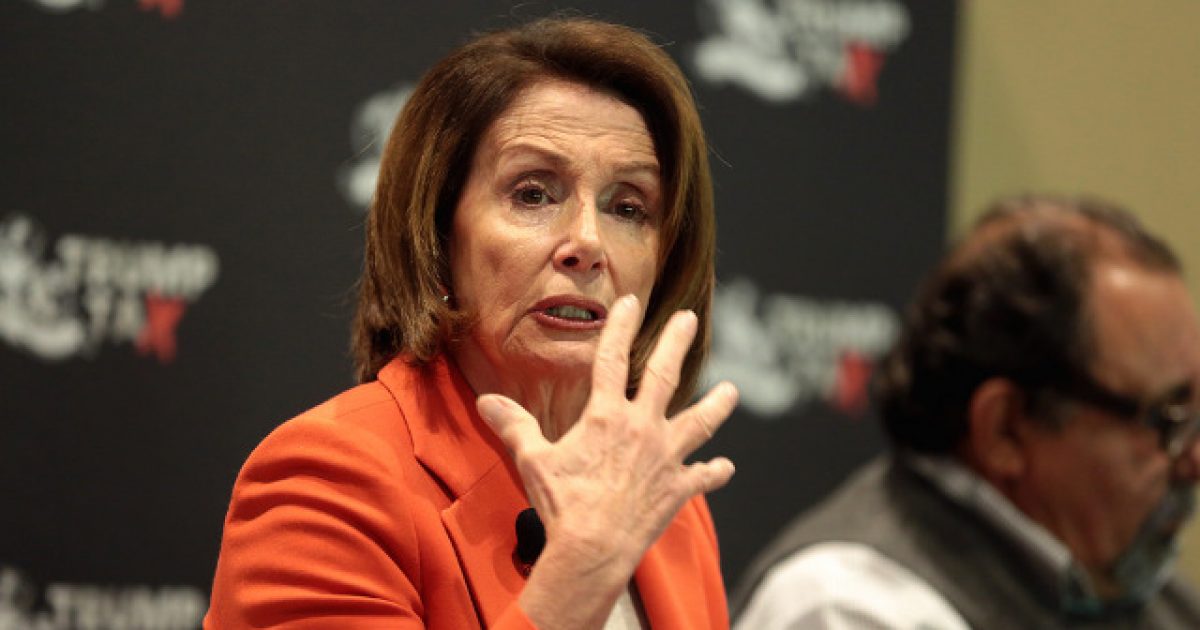 Much has been said about the accuracy of Michelle Obama’s now-infamous quote about the republican party:  “When they go low, we go high”.

The problem seems to be, even for the most ardent fans of the former First Lady, that this statement can’t be seen as true in even the most basic sense of the phrase.  In the Trump Era, where everything is being boiled down to “resistance” versus “America”, the left simply cannot afford to play clean or to fight fair.

You can tell by their horrific record on sportsmanship, for which Hillary Clinton’s book “What Happened” could be the manual.

So, when the left claims to “go high”, what they apparently mean is that they’d like to insinuate that the President of the United States is lacking in the realm of phallic fortitude.

House Minority Leader Nancy Pelosi said Tuesday there is nothing she would trade for President Donald Trump’s border wall, setting a hard negotiating stance in advance of an expected December showdown over the issue.

“It happens to be like a manhood issue for the president, building a wall, and I’m not interested in that,” the California Democrat said during a discussion at the Harvard Kennedy School’s Institute of Politics.

Pelosi emphasized Democrats do support border security but they would prefer to look at strengthening existing security measures as part of a comprehensive overhaul of immigration laws.

By invoking the President’s “manhood”, Pelosi is piling on to a subject that – thanks to adult film actress and frequent CNN guest Stormy Daniels – has been recently been discussed at length…no pun intended.

Sure, Pelosi’s quip could have been coincidental to Daniel’s assertions of yesterday, but, even the often-batty Pelosi had to fully understand what she was asserting.