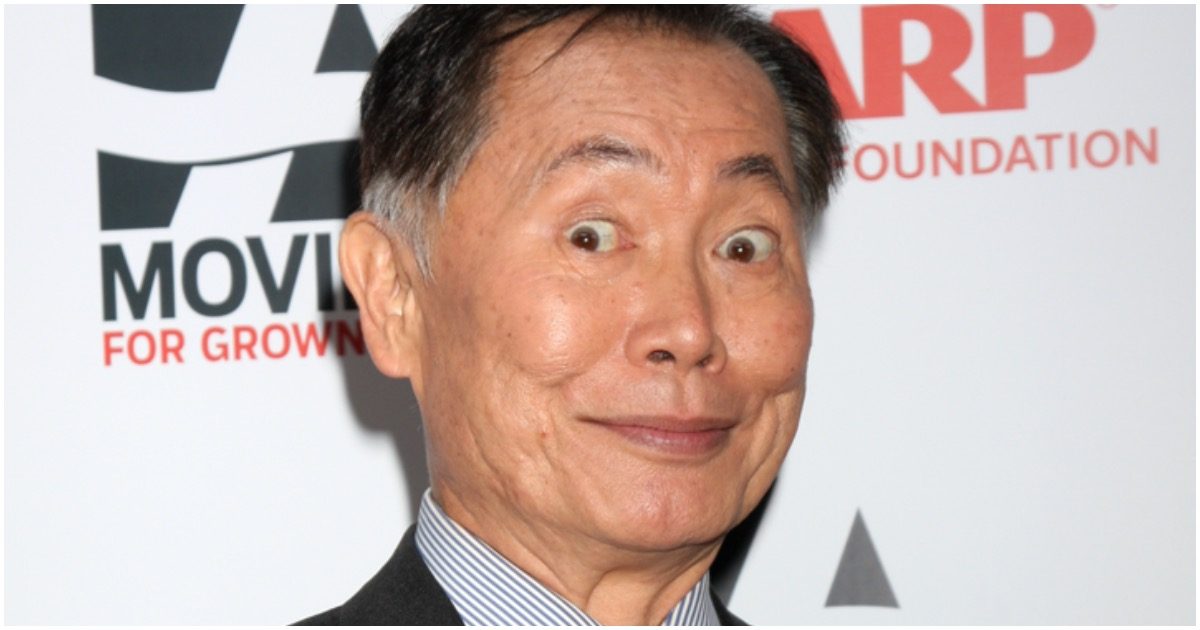 Sulu is at it again, running his mouth on topics about which he knows extremely little. George Takei is one of those people who probably thinks he’s very intelligent, but the results just don’t add up.

His latest tweet about an LGBT issue literally makes zero sense, but you just know he thinks he’s making a valid point.

“Star Trek” actor and noted LGBT activist George Takei issued a veiled swipe at author J.K. Rowling this week when he said that those who defend “so-called biological sex” are actually scientifically ignorant.

While becoming a social media star throughout the past decade, George Takei has issued multiple incendiary, far-left statements. During the controversy over standing for the National Anthem, the actor compared it to North Korea, prompting severe backlash online.

When you defend so-called “biological sex,” you sound scientifically ignorant and you elevate transphobia.

You know where citizens are required to stand for the National Anthem? North Korea.

False narrative. In North Korea you'd be in a work camp for your tweets, you know this @GeorgeTakei https://t.co/KcIzemccj5

Except we don't kill people for refusing to stand. You know who does? North Korea. https://t.co/iITXTSbUZ6

You know where people make millions upon millions of dollars just for playing a game? Hint: It’s not North Korea. https://t.co/9IRsAXRD3p

Let’s hear your thoughts on George in the comment section!

Americans, Start Dealing With Fellow Americans One On One Instead Of Looking At Skin Color – Try It, It Works!
July 7th, 2020 Sons of Liberty Media