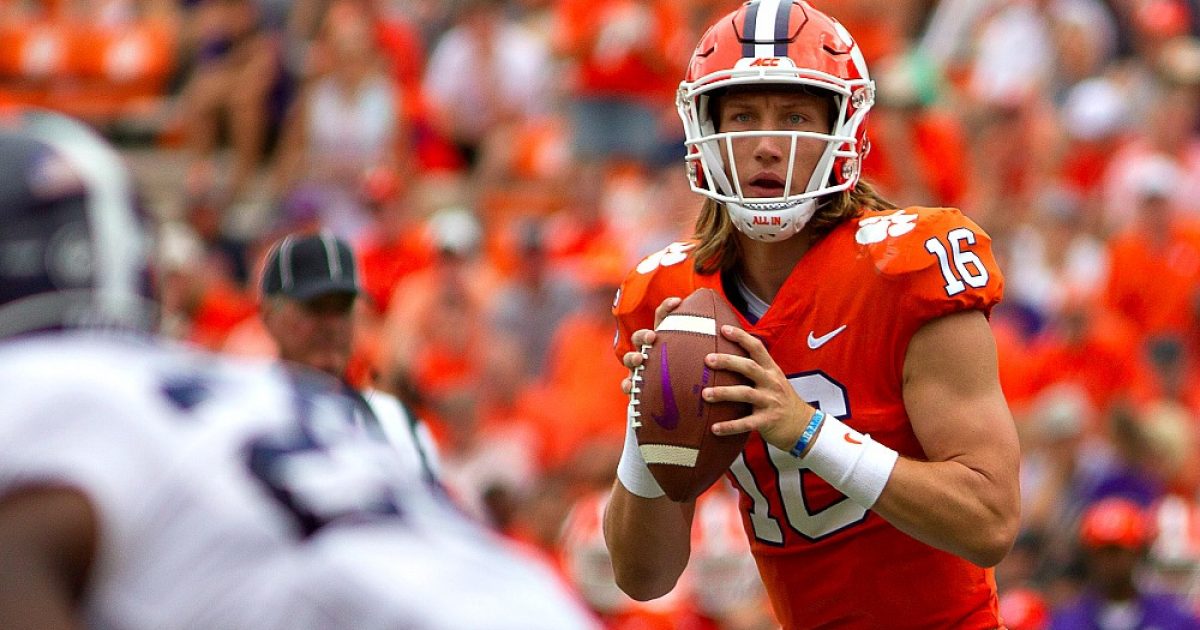 Proverbs 22:4 tells us, “The reward for humility and fear of the LORD is riches and honor and life.” Scripture, especially the book of Proverbs, is absolutely packed with confirmation of one simple truth: God loves a humble heart.

Although his incredible skill and vision on the field have Trevor Lawrence pegged as a “once in a generation” football player, the Clemson Tigers quarterback is staying humble because he knows where his true identity lies: in Christ.

Lawrence, a freshman QB, threw 327 yards and three touchdowns at the 2018 Cotton Bowl in December, helping to carry the Tigers to a stunning 30-3 victory against Notre Dame.

“The true freshman Lawrence looked more like an NFL quarterback than a guy who was in high school last year,” The State wrote, detailing Clemson’s Cotton Bowl victory.

“He’s just so poised. He just sees it. And he’s got a gift of an arm,” Clemson coach Dabo Swinney said, praising the young athlete after the game. “But I just love his humility and how consistent he is with his preparation, day in and day out. Easy, easy guy to coach. Easy guy to get behind and support. His teammates love him.”

While his performance on the field was nothing short of legendary, it’s his faithful humility off the field at a post-game press talk that really made Lawrence shine.

“Football is important to me, but it’s not the biggest thing in my life. My faith is,” Lawrence said. “That just comes from knowing who I am outside of [football].”

“Just putting my identity in what Christ says and who He thinks I am and who I know that He says I am.”
– Clemson QB Trevor Lawrence
pic.twitter.com/bVbP8CC2an

In spite of how promising his future in football may seem, Lawrence is keeping a humble heart rooted in God’s truth. “I just know that no matter how big the situation is, it’s not going to define me,” he continued.

“It’s just putting my identity in what Christ says and who He thinks I am, and who I know that He says I am,” Lawrence added, smiling.

Lawrence’s talent on the field isn’t to be discounted, but it’s his love for Jesus and his humble heart that are really going to take him places!

New Legislation Could Make the DC Swamp More Powerful Than Ever!