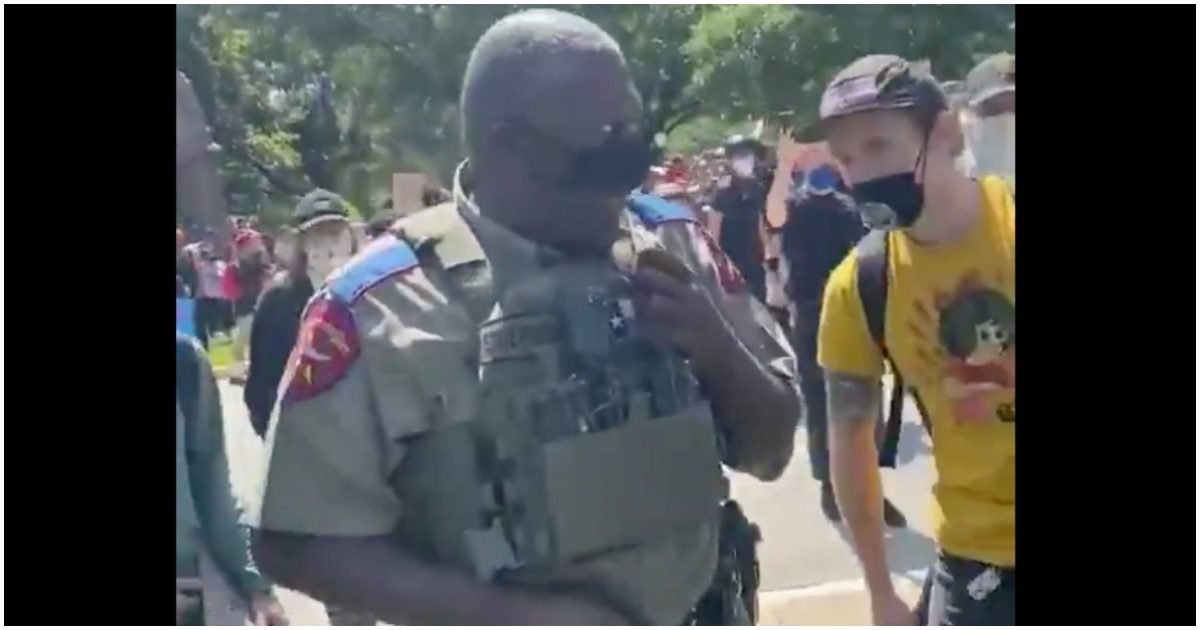 People are not born leftists. It takes decades of liberal indoctrination in schools, on TV, and in the home for a person to turn out this way.

Sad sight, to be sure.

Check out these white BLM activists going after a black police officer.

The Communists want every white person in America to do this. pic.twitter.com/AHw4UtlryV

In a video posted Monday, documentary filmmaker Ami Horowitz went to the heart of the violent rioting in Minneapolis and spoke to the protesters.

Peaceful protestors have taken over Brooklyn, marching up Flatbush Ave. Chanting, among other things, “Fuck your curfew” as the clock strikes 8:00. pic.twitter.com/z0ScY0GQfK

america said "we were kinda of thinking about having some protests" and France went in the bathroom and came out running in full Ultimate Warrior facepaint https://t.co/dSxX0EQMUb

Related Topics:Black Lives MatterBLMFeaturedlootersprotestersracismriots
Up Next