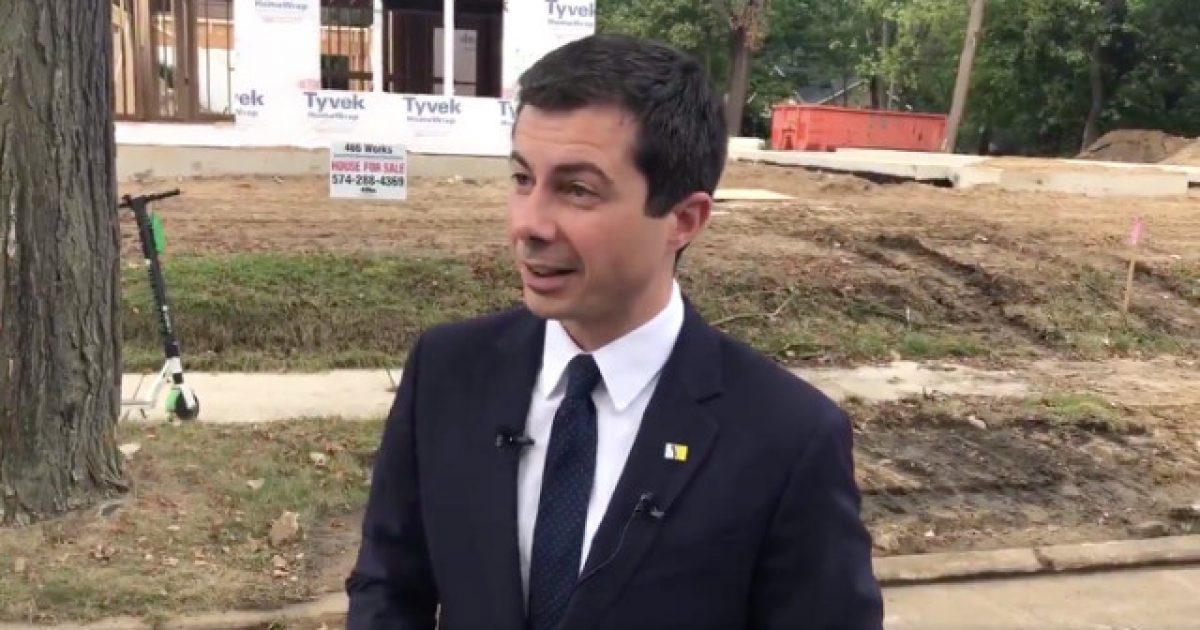 South Bend Mayor Pete Buttigieg, who is currently running for president, has finally broken his silence on the horrific story coming from his town about an abortionist who was busted with thousands of dead babies and their body parts in his home.

And, as you might expect, it’s pure wussified political posturing, lacking any real moral conviction concerning the topic.

On top of that, the White House is now demanding that an investigation be made into the abortionist.

In a gruesome development reminiscent of the case of serial killer abortionist Kermit Gosnell, authorities found over 2,246 medically preserved fetal remains at the home of recently deceased abortion doctor Ulrich “George” Klopfer, whose clinic, the Whole Woman’s Health of South Bend, was forced to close down in 2016 over numerous code violations of reporting and record-keeping but then allowed to reopen this year without a license. Buttigieg notably defended the unlicensed abortion clinic in August by framing its closure as part of an “extreme assault on Roe v. Wade.”

“The mayor is deeply concerned by what he views as a new and extreme assault on Roe v. Wade in legislatures across the country,” Buttigieg’s national press secretary Chris Meagher said in August. “He believes that the truly radical idea in this debate and around abortion care is one of banning abortion outright. The South Bend clinic would be the only one for a radius of several counties. It is a restriction on a woman’s right if she is low-income, or doesn’t have a vehicle, and she has to visit multiple times, but the clinic is dozens of miles away.”

“Like everyone, I find the news out of Illinois, extremely disturbing,” Buttigieg told reporters (video below). “I think it’s important that that be fully investigated. I also hope that it doesn’t get caught up in politics at a time when women need access to health care. There’s no question that what happened here is disturbing, it’s unacceptable and it needs to be looked at.”

The White House is going to be calling for a full federal investigation into the matter, stating the White House was “horrified” by the discovery and compared the carnage to that of another infamous serial killer/abortionist, Kermit Gosnell.

Abortion is the most disturbing crime I can imagine, and one with serious political and spiritual ramifications. These pre-born human beings are made in the image of God, which means they, by nature of their existence, have God-given rights that should never be violated by the hands of man, chief among those the right to life.

When we murder our pre-born children, we’re spitting in the face of our Creator, and that’s an atrocious act of treason the One True King will not stand for. We are a nation under judgment for the murder of innocent, and we are experiencing that judgment on a daily basis.

On top of that, a nation cannot preserve basic human rights if such a large segment of its population are denied their most fundamental right for the sake of convenience. This must stop. This must end.

Not just incremental anti-abortion legislation. We need a full abolition. Here’s to praying for the revival necessary to make such a thing become reality.

Photos Emerge Of Super Liberal Justin Trudeau In Blackface; He Confesses To Wearing Blackface More Than Once