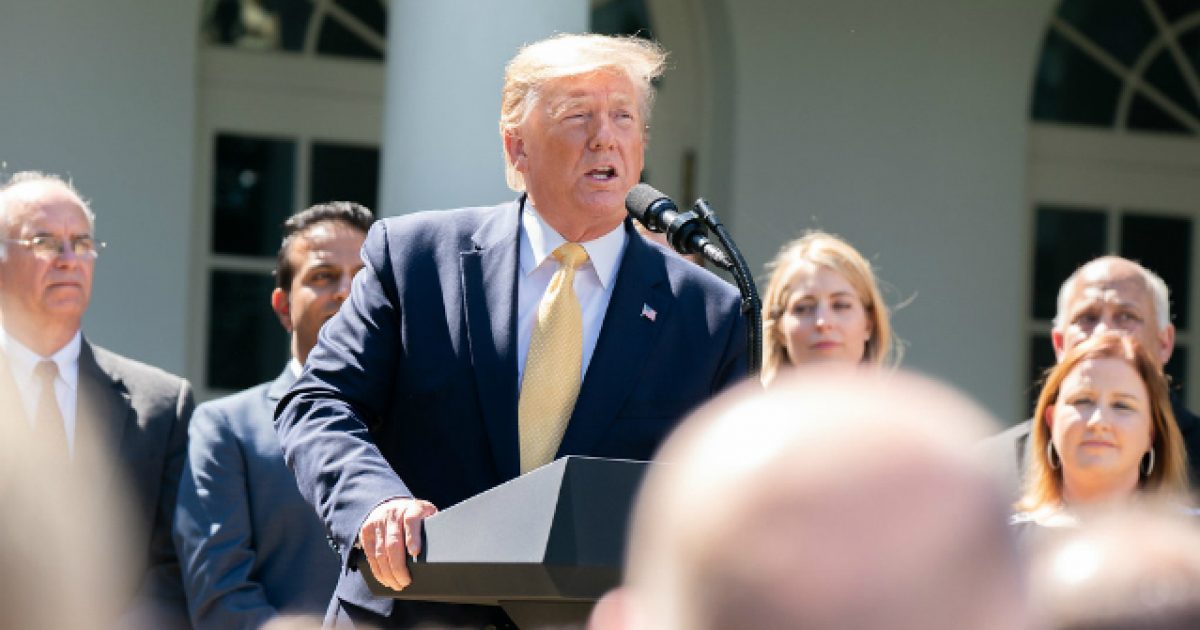 The Trump administration is denying claims that it doesn’t possess a coherent strategy for dealing with the country of Iran, which launched a series of missile attacks on U.S. personnel in Iraq over night.

The attacks come as a result of Trump authorizing a drone strike that killed Iranian Gen. Qassem Soleimani. The radical left in America is now blaming the president for both of these events and attempting to shame him over them.

“The strategy for Iran is pretty straightforward,” said the senior administration official. “Give up your terrorist activity and malign behavior. Give up your persistent pursuit of nuclear weapons and focus your effort on the Iranian people and making Iran a great nation, which it has all the potential to be.

“Our strategy has been, Iran can have a prosperous future. The Iranians are good people. They are smart; they are well educated. There’s a bright future for Iran, but they have to make a decision,” said the official. “There are two paths: They can do what’s right for the Iranian people, or they can continue to try to build a nuclear program and lead terrorist efforts throughout the Middle East.”

The U.S. strike that killed Quds Force Gen. Qassem Soleimani last week has been pegged alternately as “reckless,” “collapsing the moral space between the US and its enemies,” and not part of a coherent strategy.

Former Vice President Joe Biden recently spoke about the current administrations dealings with Iran saying, “President Trump has no strategy here, no endgame. His constant mistakes and poor decision-making have left the United States with a limited slate of options moving forward. And most of those options are bad.”

President Trump has made a lot of promises about pulling U.S. troops out of the Middle East, but is now being criticized for killing Soleimani, stating that action doesn’t fit in with the supposed withdrawal of troops.

A senior Trump administration official had this to say about the plan to eliminate Soleimani:

“We saw a threat, whether it would have been carried out today, tomorrow, in the near future — it was clear and present. People said there’s no way that unilateral sanctions can be effective, and that’s proven to be wrong.”