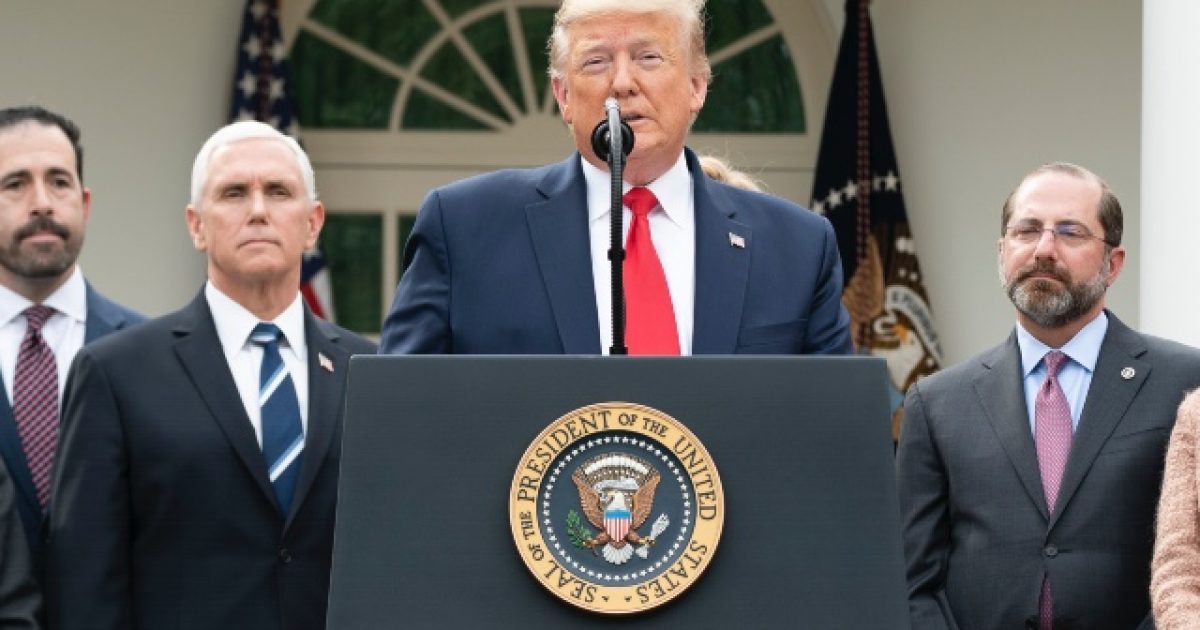 It seems one of the super powers President Trump possesses is finding endless ways to send the radical left in our nation into total meltdown, which is precisely what he did over the weekend when he decided to do a drive-by in his motorcade for the supporters gathered outside Walter Reed Hospital where he’s been recovering from the coronavirus.

Officials at the White House said that “appropriate precautions” were taken to ensure the safety of all involved in the drive-by.

Here’s more on what they had to say via The Washington Examiner:

“Appropriate precautions were taken in the execution of this movement to protect the President and all those supporting it, including PPE,” said Deere. “The movement was cleared by the medical team as safe to do.”

Trump hinted that he was going to make a “little surprise visit” to the “patriots out there on the street” in a video statement released on social media before footage emerged of Trump, wearing a mask, waving at the cheering crowd from his motorcade. Footage of the event showed an agent wearing a full medical gown, a face-mask, and protective eye-gear.

Dr. James Phillips, who is the attending physician at Walter Reed, wasn’t happy with the president’s stunt.

“Every single person in the vehicle during that completely unnecessary Presidential ‘drive-by’ just now has to be quarantined for 14 days,” the doctor said in a tweet. “They might get sick. They may die. For political theater. Commanded by Trump to put their lives at risk for theater. This is insanity.”

“That Presidential SUV is not only bulletproof, but hermetically sealed against chemical attack. The risk of COVID-19 transmission inside is as high as it gets outside of medical procedures. The irresponsibility is astounding. My thoughts are with the Secret Service forced to play,” he continued.

There’s talk at the moment that Trump may be released on Monday and head back to the White House to finish his recovery. It was definitely a strange move for the president to come out and do this drive-by, given how ill he is, but at the same time, it makes sense.

He’s trying to show people he’s okay. It’s an attempt to assuage a lot of anxiety surrounding the virus, which is a noble thing to do, but right now the president needs to focus on his recovery. We need him well and at the helm.

Here’s to praying for a speedy and full recovery for the president and first lady.

Christ Pratt Gets Ripped For Making Jokes About Voting: ‘This Is Super Insensitive’