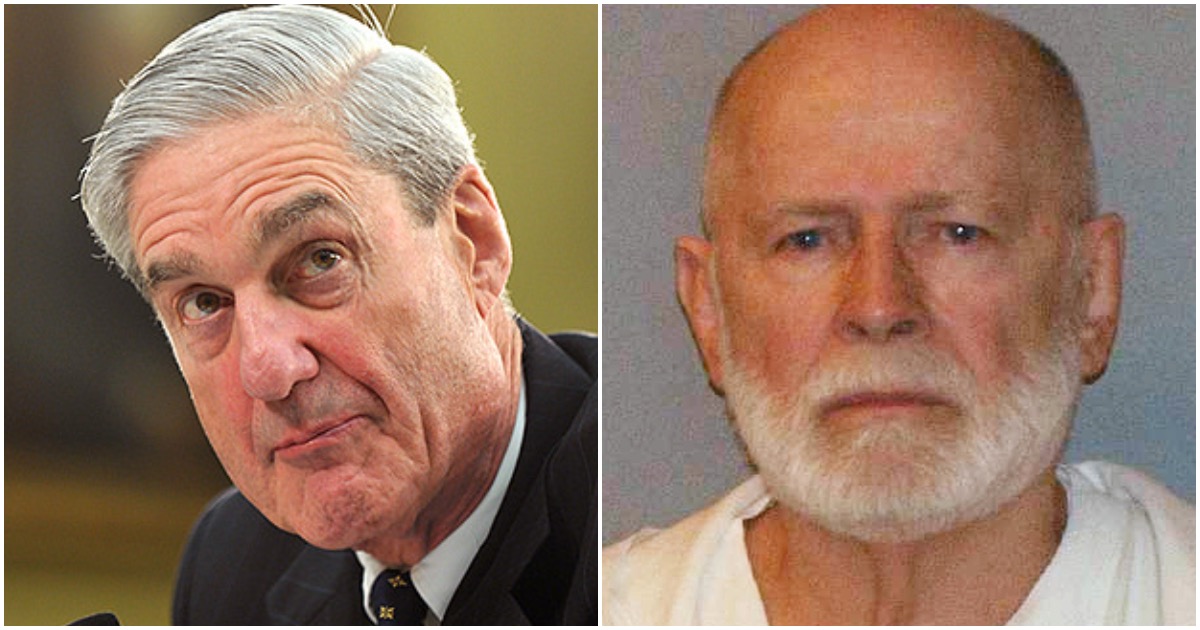 He had just been transferred to a new facility.

Bulger has been an FBI informant since the mid-1970s, although he has denied that claim.

What’s odd is that 89-year-old Whitey’s death comes after it is learned that Bulger had planned to out FBI officials.

Even crazier, Bulger has a connection to Special Council Robert Mueller, head of the Russia investigation into 2016 election interference.

It emerged in Bulger’s 2013 trial that he had served as an FBI informant as far back as 1975, though he always denied the claim.

Law enforcement sources tell DailyMail.com that Whitey had been talking about outing people in the FBI – people in the top echelon of the informant program.

The sources said he hadn’t even been processed at the West Virginia facility when he was killed. But someone who knew he was being transferred put the word out – the killer had to know he was coming.

“[Mike] Albano [former Parole Board Member who was threatened by two F.B.I. agents for considering parole for the men imprisoned for a crime they did not commit] was appalled that, later that same year, Mueller was appointed FBI director, because it was Mueller, first as an assistant US attorney then as the acting U.S. attorney in Boston, who wrote letters to the parole and pardons board throughout the 1980s opposing clemency for the four men framed by FBI lies. Of course, Mueller was also in that position while Whitey Bulger was helping the FBI cart off his criminal competitors even as he buried bodies in shallow graves along the Neponset…”

“Mueller was the head of the Criminal Division as Assistant U.S. Attorney, then as Acting U.S. Attorney. I could not find any explanation online by Mueller as to why he insisted on keeping the defendants in prison that FBI agents—in the pocket of Whitey Bulger—had framed for a murder they did not commit. Make no mistake: these were not honorable people he had incarcerated. But it was part of a pattern that eventually became quite clear that Mueller was more concerned with convicting and putting people in jail he disliked, even if they were innocent of the charges, than he was with ferreting out the truth,” Gohmert said.

Is this news you were expecting to see today?

Let’s hear your thoughts on all this…

Top Dem: ‘No Sane Country’ Would Give Birthright Citizenship to Undocumented Immigrants (WATCH)