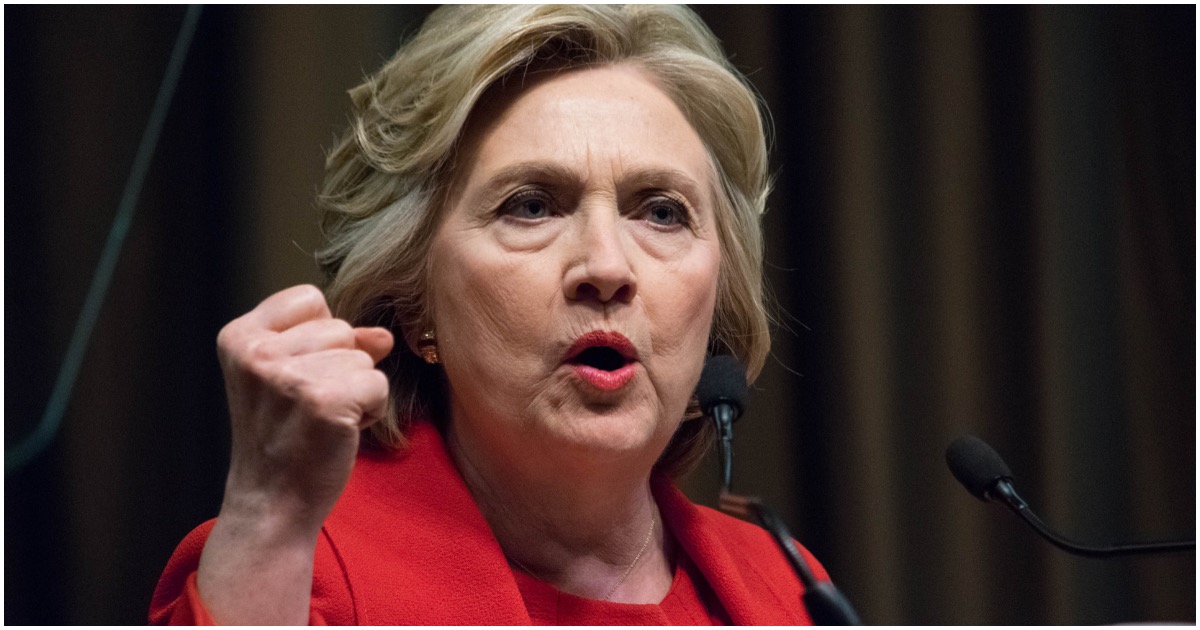 Even though nobody asked for it.

The former presidential candidate joined former Secretary of State Madeleine Albright, both alumnae of the school, on campus for a reunion event at the all-women’s college, according to The Hill. The two were interviewed on stage by Wellesley president Paula A. Johnson. During the interview, Clinton alluded to President Donald Trump as a proponent of a fascist America.

“I think with the rapidity with which information can be conveyed today because of the internet, it is an even more dangerous set of circumstances…” Clinton said, seemingly comparing Trump’s America to Hitler’s Germany and Mussolini’s Italy.

Democrat Rep. Ilhan Omar (MN) said “some people did something” on 9/11, completely trivializing the largest attack on American soil since Pearl Harbor.

Democrats immediately came to her defense, as you’d expect them to.

President Trump sent a hardcore tweet as a way of telling Omar that enough is enough with her nonsense. You can see it at this link.

Not long after Trump’s tweet, Democrat Rep. Alexandria Ocasio-Cortez (NY) compared 45 to Adolf Hitler and said he was putting Omar’s life “in danger.”

Members of Congress have a duty to respond to the President’s explicit attack today.

@IlhanMN’s life is in danger. For our colleagues to be silent is to be complicit in the outright, dangerous targeting of a member of Congress.

We must speak out.

Members of Congress have a duty to respond to the President’s explicit attack today.@IlhanMN’s life is in danger. For our colleagues to be silent is to be complicit in the outright, dangerous targeting of a member of Congress.

We must speak out.

The quote, “First they came…” comes from a quote of prominent Lutheran pastor Martin Niemöller, who described how people’s inaction toward Adolf Hitler led to the Holocaust. The famous quote is featured at the U.S. Holocaust Memorial Museum, which Ocasio-Cortez included a picture of in her tweet.