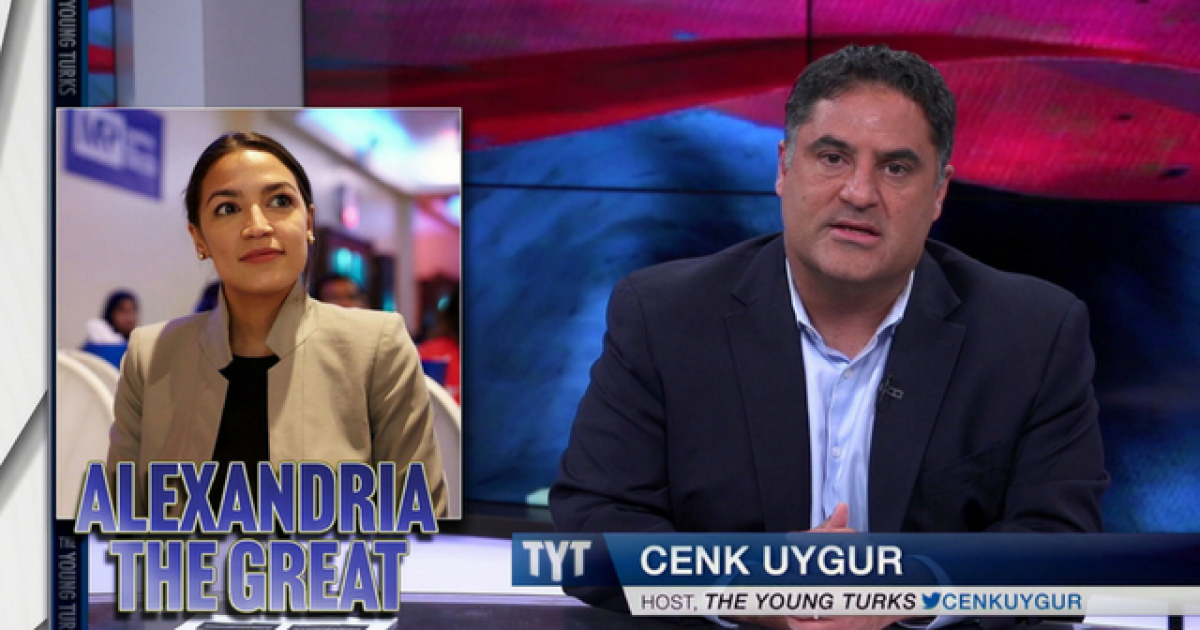 I’m surprised no one figured this out earlier.

Alexandria Ocasio-Cortez, the 28-year-old Congressional candidate who has been taking the media by storm (and providing the right-wing media with ample comedic material with her frequent demonstrations of just how uninformed, ignorant, and immature she is), rose to stardom almost overnight after upsetting prominent Democrat NY Rep. Joseph Crowley in the primary race.

Everyone was stunned that such a little-known candidate with so little experience and no name recognition could actually win the nomination. Clearly, it was an incredible victory for a small, grassroots campaign, by the people, and for the people.

I’ve got three words for you: follow the money.

In progressive politics, all roads lead back to, you guessed it, George Soros.

Researcher Richard Weinstein, curious about Ocasio-Cortez’s dubiously rapid rise to fame, appears to have been the first to discover this trail. First, he uncovered Ocasio-Cortez’s association with a group called “Brand New Congress.” Back in 2017, her website belonged to this group.

He explained his findings in a series of tweets:

For a few weeks I’ve been wondering about Alexandria Ocasio-Cortez and just how she emerged as a politico. Her path to Washington is shocking, at the very least. My first question was: What were her campaign positions BEFORE she became a national figure?

So I went to her campaign website and took that web address and looked through the internet archive. When I went back to 2017, it was not her website, it belonged to the group "Brand New Congress."

Here's what the same web address looked like in late 2017:

So what is “Brand New Congress”, exactly? It appears to be a group of Bernie staffers dedicated to, well, a “brand new Congress” full of Sanders-style far-left progressives. Like Alexandria Ocasio-Cortez.

What's “Brand New Congress?” BNC is a group of Bernie Sanders staffers who got together, decided to make the 2018 midterms all about Bernie policies by taking his ideas & finding 400 Bernie carbon copies to dump into Congressional & other races, creating a 400 headed Bernie.

I know, I know, Rachel Maddow. But if you want to learn about the left, you have to actually watch and listen to them.https://t.co/JWBnMZS7ee

Here’s the official current policy page that ALL of their candidates have signed onto: https://t.co/cdM9lLtmgl

Looking at the Brand New Congress founder,  Saikat Chakrabarti, it appears he is also the executive director of “Justice Democrats”, an affiliated PAC which was co-founded by none other than Cenk Uygur, the radically progressive host of “The Young Turks.”

Here’s the official current policy page that ALL of their candidates have signed onto: https://t.co/cdM9lLtmgl

Aaaand this is where we find George Soros, whose Media Consortium is what Weinstein calls the “deep pockets” behind the Young Turks and their political endeavors.

More about the Media Consortium and Soros:https://t.co/m6u7n6KwYb

“There is no such thing as a grassroots campaign,” says Glenn Beck, who spoke with Weinstein on his television show this week. “The story is that she went out and knocked on doors — which I believe she did, she worked hard for it — but she also has, apparently, funding and support from very Leftist organizations, including George Soros.”

Man Breaks Into Family’s Home, Gets Shock of a Lifetime After Seeing What Was Waiting Inside

Democratic Senator Says Left Doesn’t Have Any Equivalent to ‘Dark’ Trump Rallies. Gets Backside Handed to Him Immediately