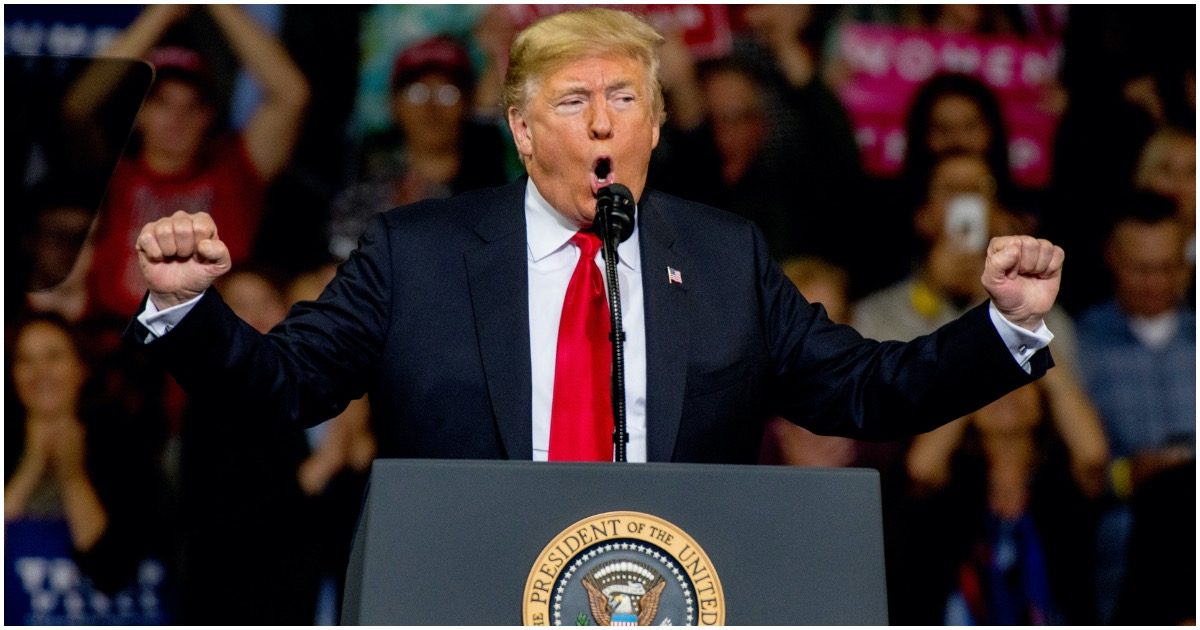 Christianity Today‘s editor-in-chief Mark Galli’s denunciation of President Trump triggered a firestorm last week. In the editorial finale before his retirement on Jan. 3, 2020, Galli added some rotten tomatoes to the public pillorying of the president. He lent a willing ear to the reverberations from the echo chambers of the mass media and the president’s political opponents. In a farcical attempt to tone down his hollow hyperbole, Galli admitted later that his call to remove the president was “not going to change many minds.”

Before his next vituperation, Birdsall should reflect on Proverbs 15:2: “The tongue of the wise uses knowledge aright, but the mouth of fools pours out foolishness.” Overconfidence in one’s intellect and learning begets high-handedness and disdain, the proud contempt of others. “The wise,” says Jewish Hebrew scholar Michael V. Fox, “do not merely speak the truth bluntly, they give it elegant form.”

An April 2018 poll released by Winthrop University speaks to the current mood of evangelical and pro-life Catholic Christians regarding the president: “The fact that fewer than half of evangelicals overall would describe Trump as ‘Godly’ or ‘Moral’ suggests that his strength with these groups comes not from modeling pious behavior, but from them viewing him as a bulwark against a culture that they feel is increasingly hostile to them.”

As for President Donald John Trump, guidance is available in dealing with the three-year convoluted assault from marginalized Democrats like Speaker Pelosi, Chairman Schiff and Chairman Nadler.

“The name of the Lord [Heb. Yahweh, Israel’s covenant-keeping God] is a strong tower; the righteous run into it and are safe,” it says in Proverbs 18:10, supplemented by Bruce K. Waltke’s guidance: “In practice, when attacked by gossip and injustice, run to Him.”

In light of Section 4, Article Two of the United States Constitution, it is unclear which law the president is supposed to have violated.

Historically, disputes between political and legislative combatants over policy and/or ideology have reached never the level of “high crimes and misdemeanors” as called for in the U.S. Constitution. The current impeachment push will likely be seen for what it is by the American people: an attempt by Democrats to annul the election results of 2016.

As for Christianity Today‘s Galli, his indictment of the president would have gained somewhat in credibility if in the period 2009-2017 he had called for impeachment of President Obama when Obama’s Justice Department investigated numerous journalists throughout his term. Moreover, Obama attempted to jail New York Times reporter James Risen in 2010 and FOX News reporter James Rosen in 2013. President Trump has not called for the jailing of journalists.

Or, perhaps Mr. Galli should have demanded impeachment of President Obama when FBI Director James Comey was caught red-handed, lying over the FISA warrant. Recently, Mr. Comey issued his belated mea culpa to Chris Wallace on FOX News Sunday. “I was wrong. I was overconfident in the procedures the FBI and Justice had built over 20 years. I thought they were robust enough. It’s incredibly hard to get a FISA. I was overconfident in those. He’s right. There was real sloppiness.”

Since Comey owned up to malfeasance, the question arises as to the mainstream media as his abettors and accomplices. At what point will they come clean by admitting: “We have become exceedingly autocratic and overbearing in the last three years; a real sloppiness has crept into our work and the perception of unfairness to the president … in many cases we have resorted to opining our political philosophy, instead of impartially reporting the news.”

Lastly, Mr. Galli should have demanded impeachment of Obama over Bill Clinton’s rendezvous with Obama’s Attorney General Loretta Lynch on the tarmac in Phoenix, just hours before the public release of the Benghazi report. Not to mention, the ongoing investigation into Obama’s Secretary of State’s criminal behavior, the shakedown of foreign enemies as to fund the Clinton Presidential Library and Museum, Obama’s own possible collusion in concealing and destroying evidence and exculpatory information to an FISA court, and Obama’s potential complicity in the infiltration of candidate Trump’s presidential campaign.

According to Section 4, Article Two of the U.S. Constitution, this litany of potential crimes does require removal from office.

Mr. Galli and other Christians entrusted with the reins of power would do wise to take German theologian Eva Osswald’s advice to heart (as quoted from The Books of Joel, Obadiah, Jonah, and Micah by Leslie C. Allen): “A true prophet must be able to distinguish whether an historical hour stands under the wrath or the love of God.”

There can be no mistake that America was in dire need of mercy with 60 million babies dead at the hands of their mothers, with the relentless stream of smut and filth pumped into America’s homes from the sexularized cesspool of culture, with the rebellion against God from each and every lever of cultural influence, with the increasingly humanistic, “divinized” State, and with the threat of losing sustainable freedom with a Hillary Rodham Clinton presidency in 2016.

With President Trump America has received a measure of mercy.

Christians must begin to take seriously Jesus’ exhortation to build His ekklesia in the marketplace (Matt. 16:18), so that “the gates of Hades shall not prevail against it.” Government-run public education stands today at the gate of liberty, on the verge of kicking it in. Mass evacuation from public schools seems the sole solution, “for they know not the way of the LORD or the judgment of their God” (Jer. 5:4).

Over the next 10 years or so, spiritual men and women will need to reestablish biblical values in the public square, to prevent archaeologists and historians many years from now combing through the ruins of the once most free, innovative and prosperous nation in the world’s history.

Following the forsaking of God after some 350 years of glorious rise, clues and artifacts showing the country’s meteoric rise as well as its tragic demise won’t be hard to find.

In closing, Galli’s unambiguous loathing of Donald Trump may provide insight into the Never-Trump mindset as observed among some of our evangelical brothers and sisters. Their animosity toward the president has so obscured their vision that they cannot discern between a leader’s creed and his conduct.

Thanks be to God that Gideons and Rahabs are beginning to stand.

David Lane is the founder of American Renewal Project.