Texas Mom Warns of Terrifying New Scam: 'I Thought That Somebody Had My Baby' 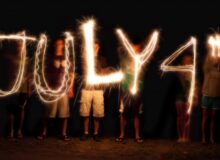 The American Civil War of 1861-65 is considered the first “modern” war. Both sides used advances in communications and military technology that resulted in 600,000 deaths. Now, more than 150 years later, Americans are engaged in a new civil war.

This time it is not a war of armies and weapons and regional animosity—it is a war of visions. Liberals and conservatives each have a different vision for the future of the nation. Conservatives believe in the Constitution and the rule of law. The vision of “progressive” liberals is an authoritarian socialist nation run by unaccountable bureaucrats—an approximation of Venezuela, somewhere between Stalin’s Soviet Union and Orwell’s 1984. The conflict over these value systems has escalated into the new civil war.

We have many strong indications that this is a hot war: the depredations of Antifa, a contemporary incarnation of Nazi brown shirts; Maxine Waters urging liberals to confront Trump supporters; mobs threatening the homes of prominent conservatives; the attacks on Justice Brett Kavanaugh; and the attempted impeachment of President Trump by partisan Democrats in the House.

The war began when Barack Obama was elected president. After promising just the opposite, the Obama presidency played into the leftist strategy of “divide and conquer.” The fraud known as identity politics was a child of the Obama years. Using their perverted version of “diversity,” the Democratic Party—under the leadership of Obama—exploited discontented elements in American society to foment division and hatred. Obama’s comments in case after case—lies and distortions—stoked the fires of racial discord. After eight years of Obama, relations between conservatives and liberals were worse than ever and the country was plunged into darkness.

This new civil war is much more intimate than the old one. Instead of North pitted against South, we have friend against friend, neighbor against neighbor, brother against sister, wife against husband. It may be happening on your street or even in your bedroom. Try as you may, you cannot escape its tentacles. Author Mark Levin calls this phenomenon the “balkanization” of society. The Left’s objective, Levin says, is to “collapse the existing society” by dividing the people against themselves. It appears to be succeeding.

The most alarming danger posed by the new civil war is the possibility that the United States could evolve into a totalitarian state within a few short years. Our system of government is strong because of “checks and balances.” One such check is the existence of multiple political parties. Now try this on for size: A rogue political party seeks a take-over of the federal government by forcing the other party out, ending checks and balances. That happens in totalitarian states, you say, not in the good old US of A? Well think again, because that is exactly what the Democrats have been up to since Trump won the election in 2016.

If the current crop of Democratic Socialists can win back both houses of Congress and the presidency, their stated aim will be the imposition of socialism and the eradication of the two-party system. The Democrats have figured out that they can rule unchallenged by opening the border to millions of “refugees” who are expected to vote for Democratic candidates. “If we can’t get enough Americans to vote Democratic, we will have to import them.” Attempts to invalidate Trump’s election are in service of this objective.

If you think I am simply an alarmist, remember that the Democrats have already succeeded in making the Republican Party irrelevant in California, New York, and Illinois. In those jurisdictions, Republican voters have effectively been disenfranchised. The Democrats are working overtime to do the same thing in Texas, Virginia, New Jersey, and other key states. If they had captured Texas in 2016, Hillary would be president—that’s how close it is.

Keeping Trump in the Oval Office and winning back the House should be the primary objectives of anyone who cherishes individual rights over big government. The alternative is an authoritarian socialist nation run by an elite cadre of Democrats fronting for unaccountable government bureaucrats—the Deep State. Washington bureaucrats will be the ultimate winners if the civil war is lost. The antidote to a Deep State victory is Donald Trump. He is their Kryptonite and they know it. The Mueller investigation didn’t work so now the Left is pushing impeachment to prevent a Trump landslide in 2020. My prediction: Trump will win in spite of all their efforts to defeat him. The war will be won by the Right at least until 2024.

Ed Brodow is a political commentator, negotiation expert, and author of seven books including his latest, Tyranny of the Minority: How the Left is Destroying America. His articles appear regularly in Newsmax, Daily Caller, American Thinker, Townhall, LifeZette, Media Equalizer, and other online news magazines.

Ilhan Omar is best known for hating America, her anti-Semitic tweets, marrying her brother and describing 9/11 as 'some people did something.'
By Elizabeth Stauffer, The Western Journal  July 5, 2022 Comment MoreShare

Biden's Saturday post was not the president's first attempt to blame others for an economic crisis aggravated by his administration.
By Andrew Jose, The Western Journal  July 5, 2022 Comment MoreShare

Maxwell Filed Over 100 Complaints in 22 Months While Confined to Prison, Torturous Treatment Alleged

Ghislaine Maxwell was not expecting her poor living conditions. She allegedly described the water as 'foul-smelling and undrinkable.'
By Richard Bledsoe, The Western Journal  July 5, 2022 Comment MoreShare

But is it all just another witch hunt aimed at meddling in the 2024 election?

Police had removed weapons from his home during a previous incident.

Report Warns Putin Could Invade More of Europe This Year

Is the East Wing going to get anything right before 2024 rolls around?

Dem Mayor Says 'Only Police' Should Have Guns After Philly Shooting