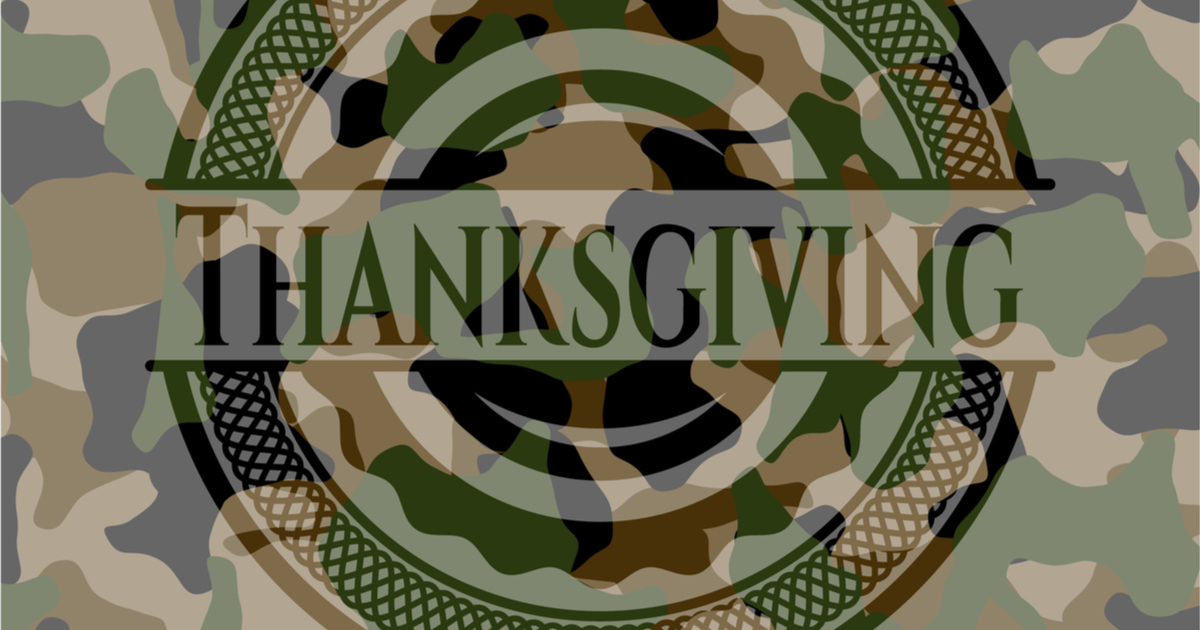 With the “resistance” movement digging deep for any sort of ammunition to hurl at President Trump during this holiday season, it seems that nothing is off limits.

In their push to make the President some sort of monster, the left has thrown the book at the Commander in Chief, so to speak.  They’ve called him a racist.  They’ve accused him of being a Russian agent.  They’ve even insinuated that he might be romantically interested in his own daughter.  Nothing seems to cross the line for these cretinous cowards.

In an attempt to shame the President further, they’ve even taken to exploiting US troops, shaming the President for sending them to the border during the Thanksgiving holiday, as if the job performed by these brave men and women is beholden to that sort of fanciful celebration.

Next, the left will be telling us that Trump is evil because he didn’t give ER doctors and inner-city police the day off as well.

Trump, who is no slouch when it comes to touting the efficacy and ingenuity of our armed forces, reached out to military leaders today to thank them and to wish them a happy Thanksgiving.

For the second year in a row, President Trump held a Thanksgiving Day conference call with members of all five branches of the military to thank them for their service and check in on the status of their mission.

Speaking over the phone from his Mar-a-Lago resort in Florida, Trump told members of the Army, Navy, Marine Corps, Air Force and U.S. Coast Guard that he and First Lady Melania Trump wanted to express their “profound gratitude.”

After his call with the members of the military, Trump and the first lady plan to visit a Coast Guard station as they did last year.

While it is certainly unfortunate when these brave men and women must be away from home for the holidays, we must understand that they are receiving the support and dignity that they deserve from the Commander in Chief – unlike during previous administrations.

That’s more than the liberal left doles out when using the military as a prop for their anti-Trump tirades.