It is the biggest nightmare we all have when eating anything at a restaurant… what will we find in there when we bite into it. Well one woman lived that nightmare when she bit into her cheeseburger and chomped down on a rotting human finger!

Estefany Benitez of Bolivia jumped to Facebook this week to tell the harrowing fast-food tale.

“At the moment of eating, I chewed on a FINGER,” wrote Estefany Benitez in a Facebook post describing her accidental cannibalism, which supposedly occurred Sunday at the Hot Burger store in Santa Cruz de la Sierra. The aghast customer claimed that she chewed on the severed digit upon her first bite of the nosh.

Accompanying photos show what appears to be a pallid, rotting fingertip on the plate next to the burger, evoking horrors straight out of “The Texas Chainsaw Massacre.”

In an accompanying POV video, which currently boasts more than 60,000 views, Benitez can be heard sarcastically saying, “Here we are at the magnificent Hot Burger where a finger ended up in my burger.”

There are confusing reports on just what the restaurant is doing about this, but the bigger problem is that the joint admitted that an employee ha lost part of his finger grinding up the meat and instead of throwing out the whole batch, they just kept it!

Eventually, the government stepped in and shut the place down while an investigation is made.

But, hey, at least the workers were wearing covid face diapers. Everyone was safe from the Rona, anyway! 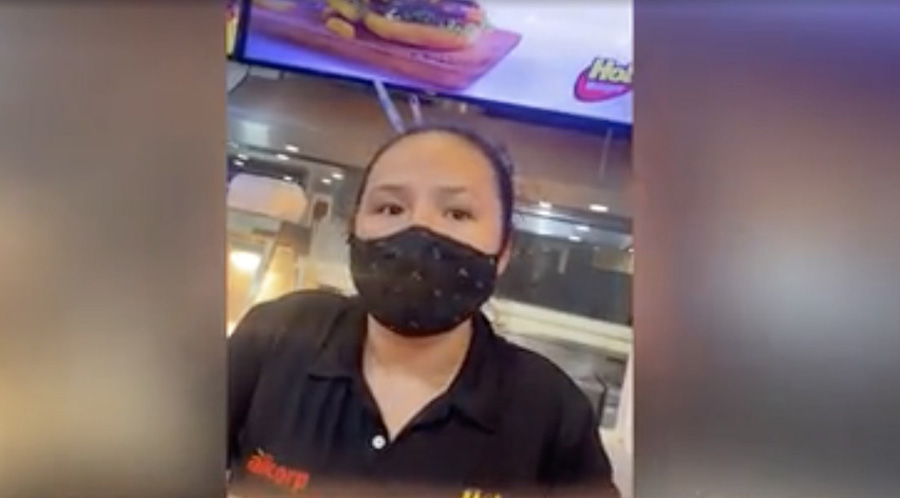 'If this war goes three or four years, we’ll be in a position to just vastly outproduce the Russians all by ourselves.'
By Richard Moorhead, Western Journal  December 8, 2022 Comment MoreShare

The Supreme Court has refused to hear a case about the impact of Dominion Voting Systems and Facebook on the 2020 election.
By Jack Davis, Western Journal  December 8, 2022 Comment MoreShare

The FBI reportedly met with Twitter and Facebook executives in the months leading up to the 2020 presidential election.
By Randy DeSoto, Western Journal  December 7, 2022 Comment MoreShare
Next