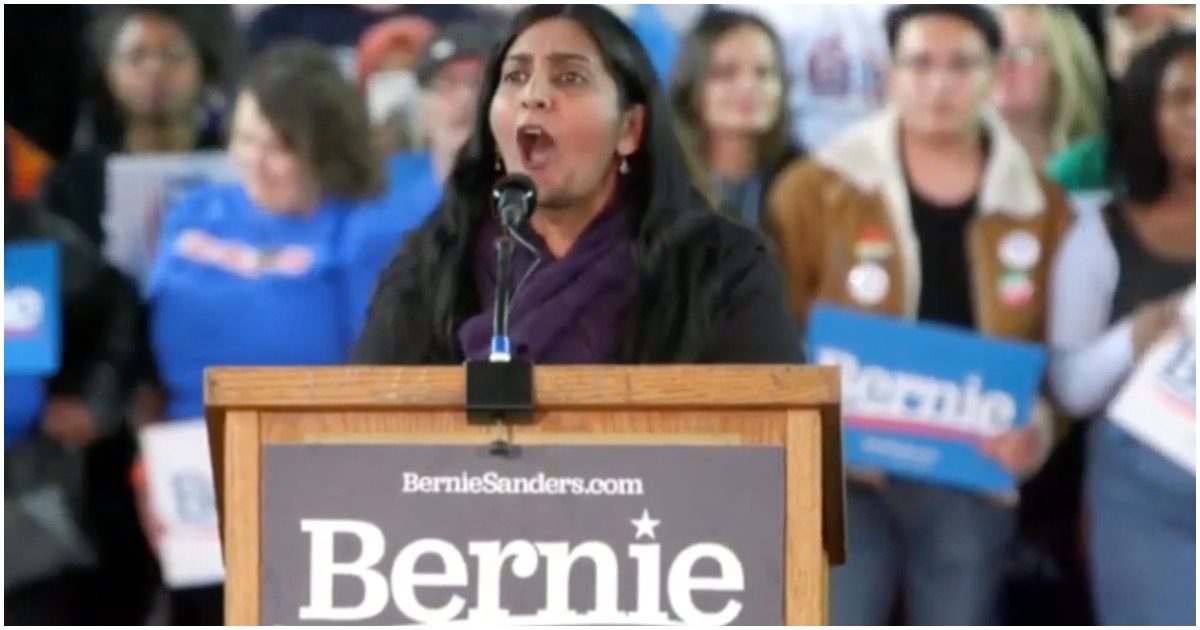 If for some reason you’re still of the assumption that Bernie Sanders isn’t a full-on socialist, you need to do a lot more homework. The 2020 presidential candidate, his surrogates, and supporters all want to fundamentally change the United States of America in a way Barack Obama only dreamed of.

And if Sanders earns the Democrat nomination this summer and goes on to defeat President Trump in November’s general election, you can be certain that he will do just that. The Constitution will seemingly become a thing of the past.

You don’t need much more proof to know exactly where Bernie stands than by listening to the woman in the clip below who introduces the Vermont senator before an event. Her words are breathtaking.

You don’t often hear introductory speakers for @BernieSanders talking about socialism. But in Tacoma, Wash., Kshama Sawant, a socialist on the Seattle City Council, just did.

"We need a powerful socialist movement to end all capitalist oppression and exploitation!" she said. pic.twitter.com/1Rdpla1DH8

During a speaking gig last December, the socialist said he should “get the hell out of politics” if he can’t win an election based on his ideas.

Fair enough, right? But did the anti-American know-nothing forget about what happened when he ran for president in 2016?

Sure, the DNC rigged the primary in favor of Hillary Clinton. Still, Bernie lost.