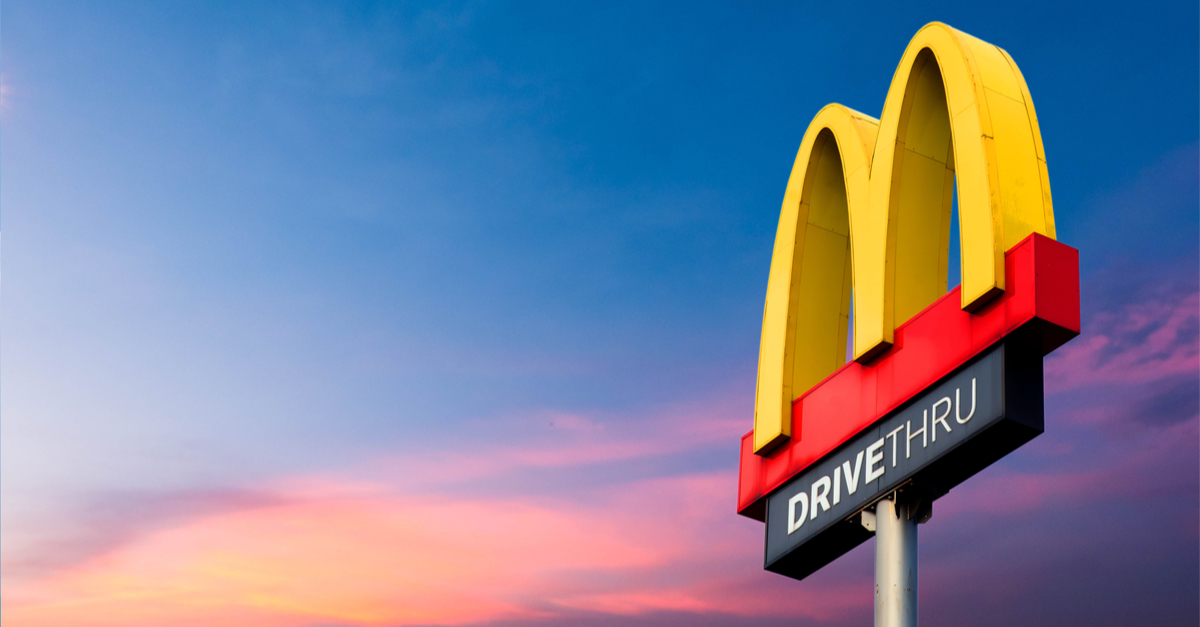 It sounds like the sort of thing that you’d expect to see in one of the absurdist comedies of the 1980’s, but it’s true:  A woman stropped in the middle of a police chase, in which she was the one being chased, in order to order some fast food.

The story comes to us from the northeast, and is just as wild as the headline suggests.

The incident occurred at approximately 8:45 a.m. local time on Tuesday in Worcester, Massachusetts — about 42 miles west of Boston. The Worcester Police Department said it received a 911 call about a stolen pickup truck in the eastern part of the city.

When officers arrived on scene, they spoke with the man who made the call and he informed them that a woman, whom he said he did not know, climbed into his vehicle and drove away. But he told the officers that his pickup truck had GPS and he could see its location.

As the officers made their way to the area of the stolen vehicle, they were flagged down by another driver who told them that their car had been hit by the pickup truck only minutes before, according to police.

And it gets even weirder:

“The officer activated his blue lights, got out of his cruiser, and approached the stolen vehicle,” the Worcester Police Department said in a statement on Tuesday. “The operator … drove away as the officer walked toward her. The officer got back into his cruiser and followed her at a low rate of speed, but she did not stop. Ms. Gardell began to increase her speed on Main St and drove through red lights. The officer deactivated his lights and sirens and stopped following her for safety reasons.”

Gardell then came upon heavy traffic before deciding to crossover into the wrong lane, as well as oncoming traffic, and subsequently ended up driving into a van with the stolen pickup truck, according to police.

“At this point, two officers working a detail and another officer in the area approached the vehicle in an attempt to extract Ms. Gardell,” the Worcester Police Department said. “She backed up the vehicle at a high rate of speed and struck a cruiser behind her, and knocked down and dragged one of the detail officers. Officers pursued the stolen vehicle at a low rate of speed before the pursuit was called off for safety reasons.”

It was at this point that Gardell pulled into McDonald’s and began ordering food.  When police approached, she purposefully struck one of the officers before hitting the gas and trying again to escape.

This time, the suspect was thankfully sidelined after steering her vehicle into a pile of mulch on the property, and getting stuck in the process.