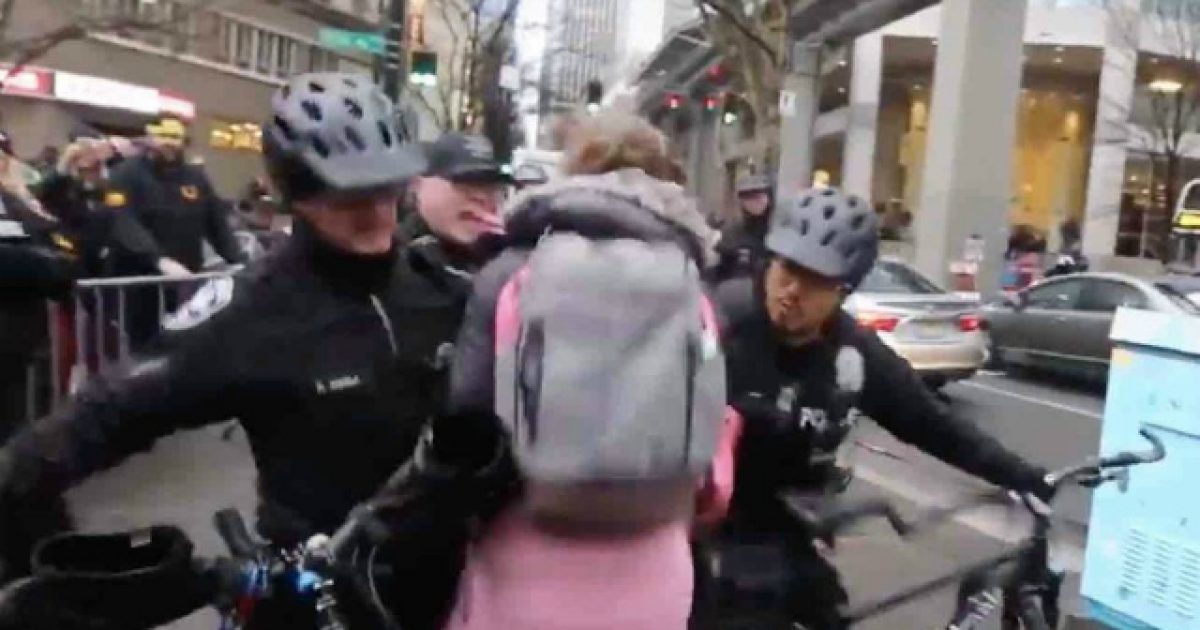 Antifa has a well earned reputation for being an aggressive, radical leftist group that likes to get violent during their demonstrations. Numerous stories have come out over the last several years featuring members of Antifa punching and assaulting conservatives at rallies and other egregious acts.

Recently, the group held a demonstration in Seattle where the group dressed in black hoodies, wore masks, and then started taunting police officers. Conservative journalist Andy Ngo, himself a victim of violent, radical protesters, covered the insanity. 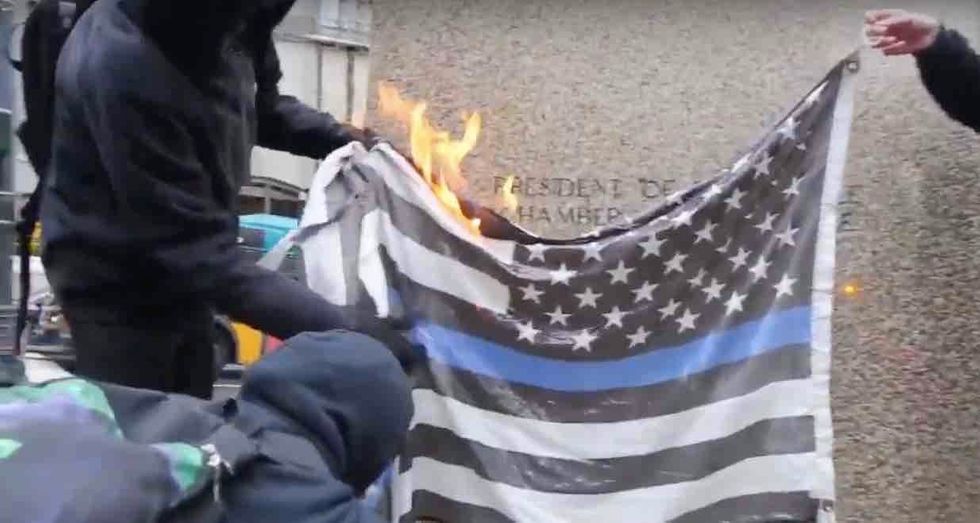 The police were protecting a group of pro-America demonstrators when some of the militants in attendance took it upon themselves to burn a thin blue line American flag while gathered at the base of the statue of John Harte McGraw, Washington’s second governor. 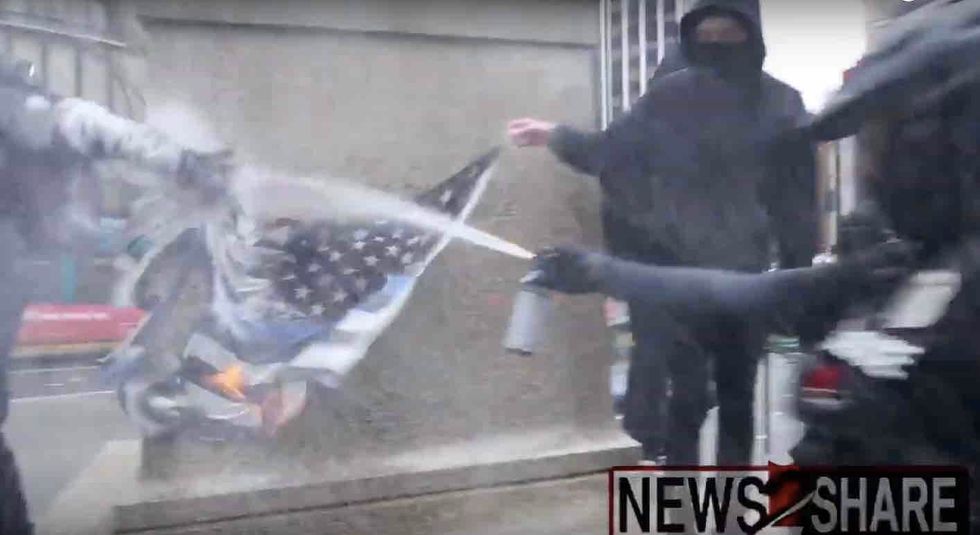 A police officer sprayed the flag and put the fire out.

One of the militants present shouted at the cop, “What the f*** is wrong with you?”

Undeterred, the Antifa faithful grabbed the partially burned flag and lit it on fire again — which made them all very happy, including one woman protesting with Antifa, who stood out due to her lack of a mask and the pink accents with her clothing. 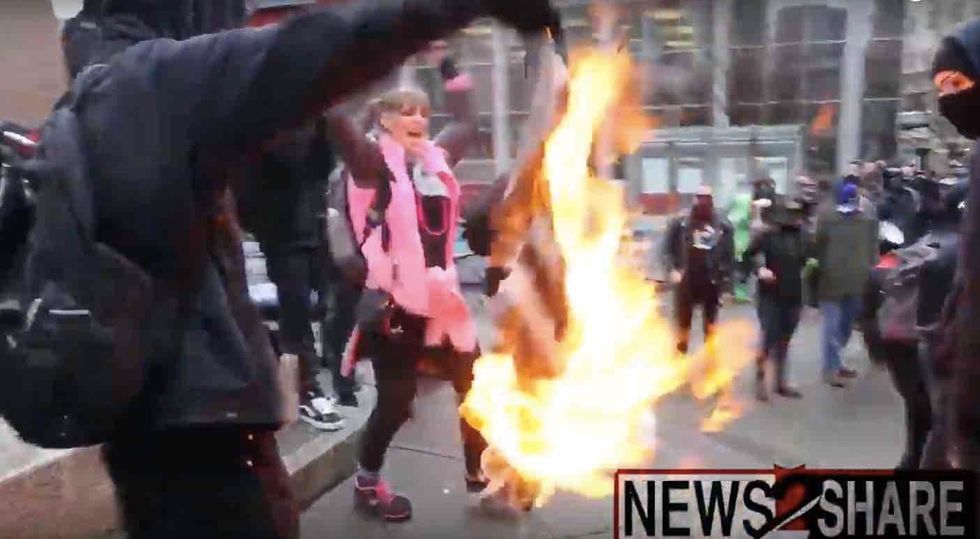 At another point amid Antifa’s antics, that same woman decked out in pink tried rushing the cops’ bike line. Video shows her running at the officers and getting shoved backward. 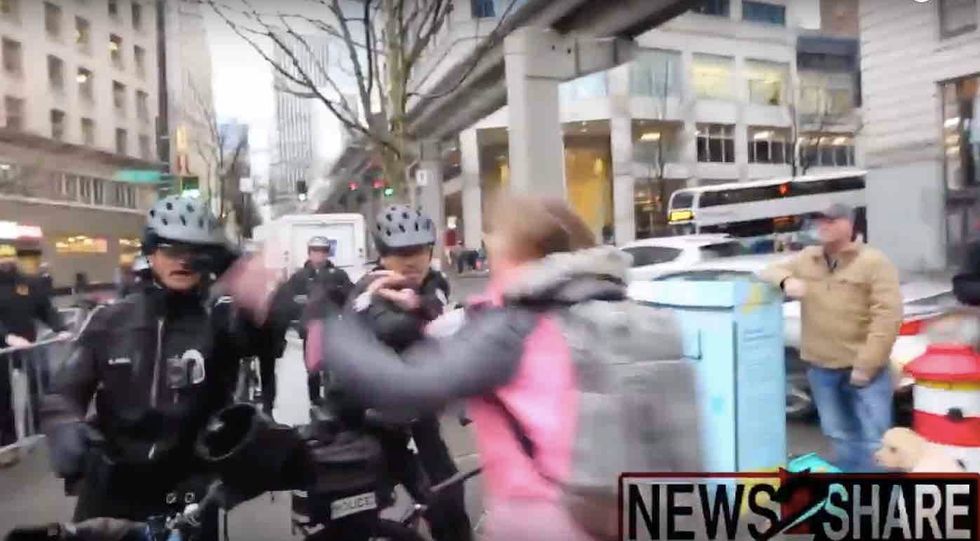 Now, most folks at this point would acquire some mental clarity and conclude that messing with cops in this way is a bad idea. But this is Antifa we’re talking about, and given that they tend to get away with a quite a bit, the woman naturally ran at the police line again. 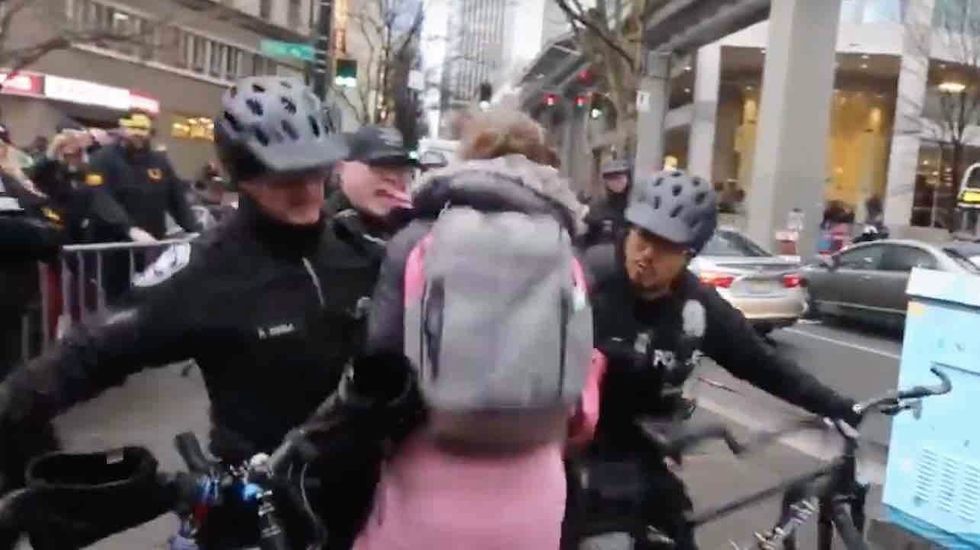 Her second attempt to rush cops, however, was met with a bit more force — and the officers put her butt right on the pavement. 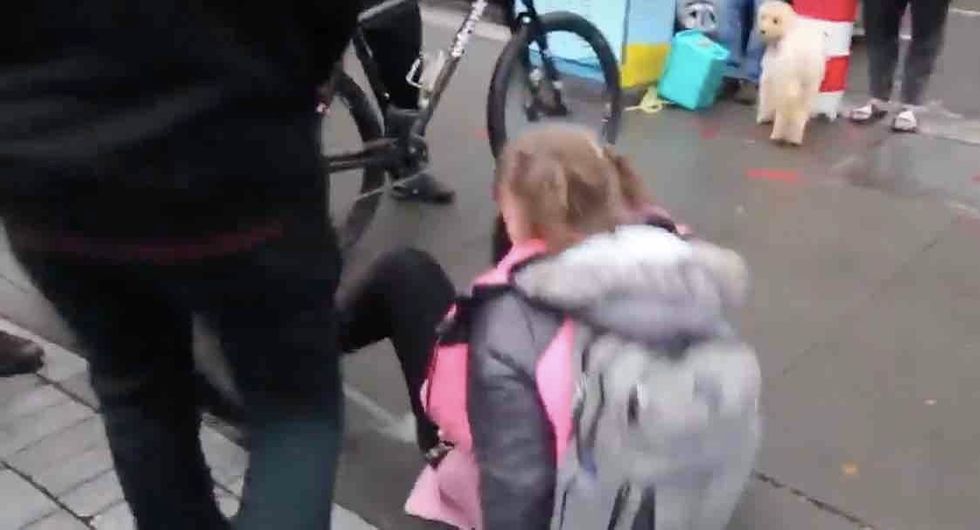 Enraged Antifa members rushed to help the woman up and get her away from the police. One of the officers said, “Do not rush into the bike line!” 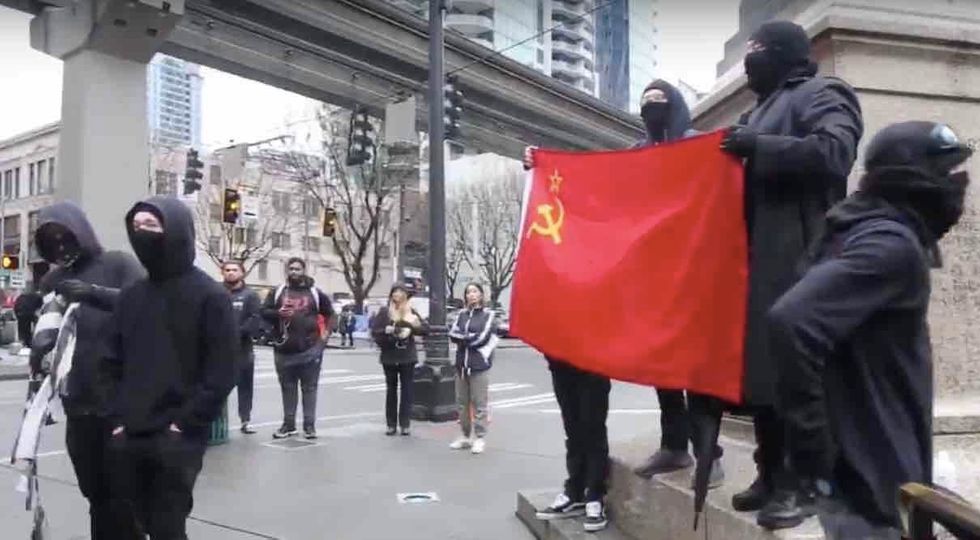 Here’s the video of the incident. Be advised. This clip contains strong language.