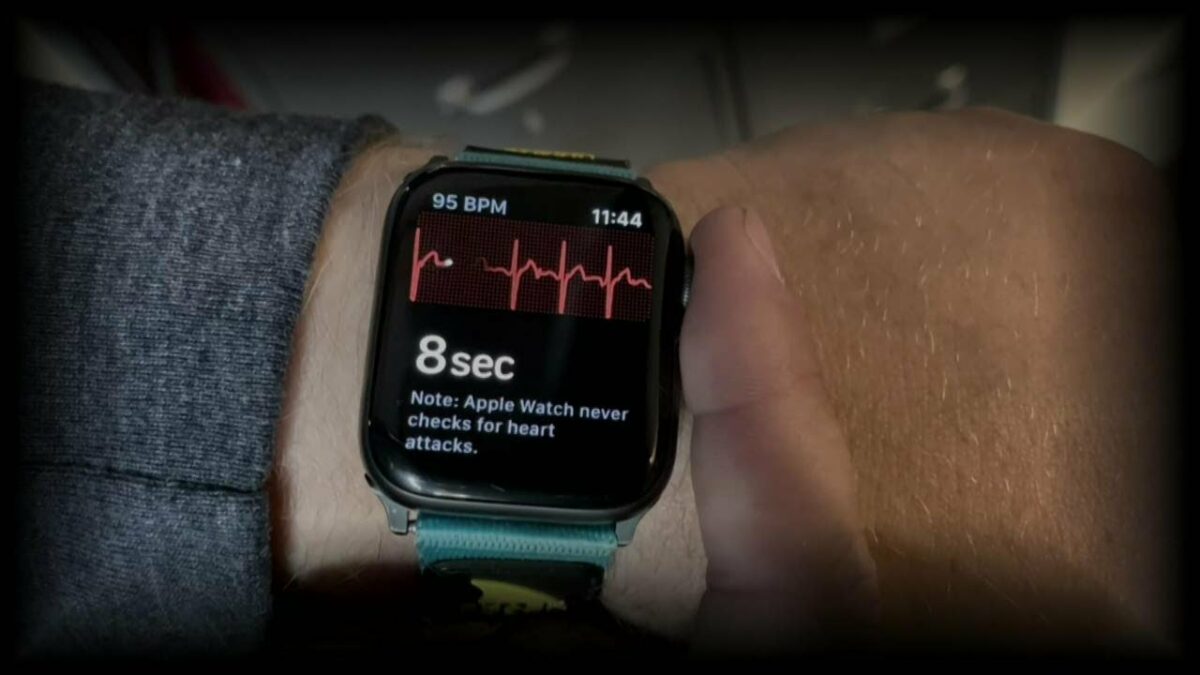 Diane Feenstra of Norton Shores, Michigan, had a close brush with death earlier this year, but thanks to a gadget she received for her birthday, she’s here to tell the tale and warn other women of the lesser-known symptoms of a heart attack.

On the whole, Feenstra is a pretty healthy woman. She takes care of herself — but she also ignored warning signs.

At first it was odd little health issues here and there that Feenstra brushed off, always finding some benign thing to attribute aches and pains to.

“I had pain going down my left hand, I had a little swelling in my left foot, I had indigestion and I just explained away as acid reflux that I might have picked up later in life,” she told WZZM-TV.

“And the biggest thing was pain in my neck and shoulder and I figured I vacuumed and put my muscles out of whack somehow.”

But on April 22, she happened to glance at her Apple Watch and was alarmed by what she saw.

“Well on the day in question which was April 22, I had a 169 beats per minute rate even though the most vigorous exercise I had done was to walk up stairs, which was 12 steps,” she recalled. “So I called my husband, who was at work, and said ‘Do you think this is concerning?’ And he said ‘Call your doctor.'”

A visit to the local urgent care and an EKG later and the doctor gave her four baby aspirin and told her to chew them immediately, and then sent her to Meijer Heart Center.

After testing, the cardiologist told Feenstra that not only had she unknowingly suffered a recent heart attack, but she was poised to experience a “widowmaker” heart attack because her left anterior descending artery had a blockage.

At first, Feenstra couldn’t believe it, but then as she thought back on her symptoms and the fact that her older sister died of a heart attack, it started to make some sense.

“I exercise, I eat right, Gary and I drink green drink almost every day at noon that I make in our Vitamix with kale and all kinds of great nutrients, and I truthfully thought ‘This is a mistake, it can’t be,'” she said.

But it was. Thankfully, the doctors were able to intervene in time and placed a stent in the artery.

“Were it not for the fact that I had that 169 beats per minute for a period of time, I wouldn’t probably be here today,” Feenstra admitted to “Today.” “Seeing it on my watch told me you have something going that you need to investigate now.”

“I think God used that watch to alert me to the fact that my heart wasn’t functioning properly.”

Now she wants other women who experience similar symptoms to take them seriously.

“Listen to your body and do not take for granted the fact that little symptoms like a feeling of heartburn or pain that goes down your arm or into your neck or back or sometimes it’s in the jaw, don’t think to yourself, ‘Oh there are other explanations, I won’t worry about it,'” she said.

“It doesn’t pay to explain it away and not go for help.”

State Rep That Accused Cops of Being Racist Has Been Accused of Punching, Hitting and Choking Women