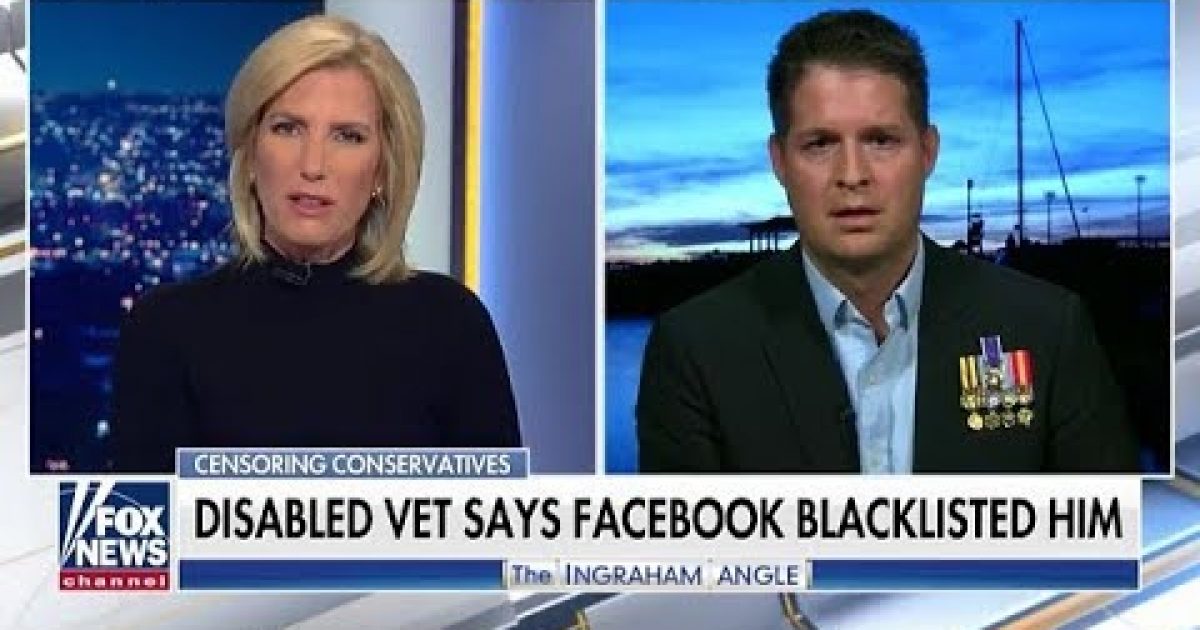 In this strange new world of censorship and near-fascism, Facebook has become a lightning rod of controversy.

And for good reason:  The world’s most prominent social media network has, very simply put, had it out for conservative opinions and voices for years.  They’ve admitted to such before, and have hired teams upon teams of engineers in order to find ways of eliminating such narratives from their platform.

Last week, the platform made an astounding and disturbing move against the American First Amendment by purging the site of 800 political publishers, all of whom Facebook alleges were engaging in “inauthentic” behavior.

One man swept up in the purge, a triple-amputee veteran named Brian Kolfage, is now speaking out against the incredibly callous way in which Facebook is meddling in 2018’s midterm elections and against their lack of accountability and transparency on the subject of free speech.

This sort narrative-bending authoritarianism, especially on a platform that simultaneously promotes diversity and friendship, belies a deep, dark secret about Facebook and social media as a whole:  In the wrong hands, these gatekeepers are able to influence entire nations’ worth of civilians.  Their distortion of reality, through the practices of censorship and omission, fly directly in the face of the First Amendment’s purpose and the Founding Fathers’ vision.

To say that Facebook should be ashamed would be an understatement of biblical proportions.

Elizabeth Warren Tries Yet Again to Explain Her Claim of Being Native American. It’s Laugh Out Loud Funny.