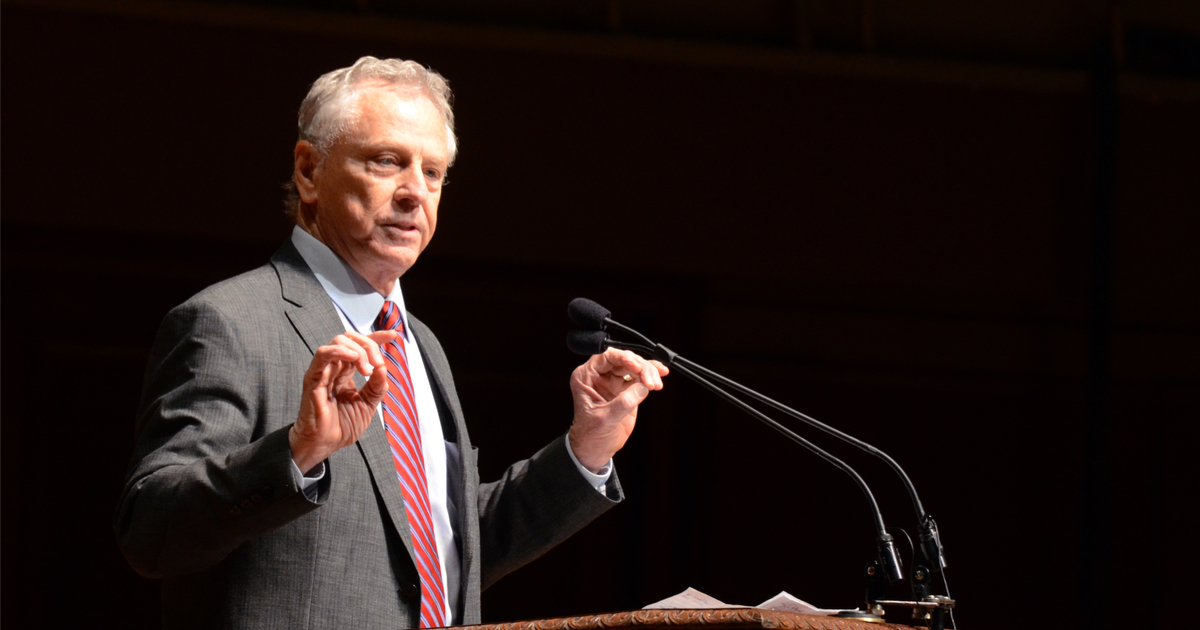 The SPLC fired Morris Dees yesterday and announced it today. Multiple sources have told me that the allegations of inappropriate conduct involve sexual harassment incidents. Multiple incidents that have come to light after an initial recent allegation.

Dees isn’t the only extremist, anti-American leftist associated with the crooked SPLC. Outlets like tax-funded NPR use the SPLC all the time as a sole source of “proof” that some group or person is a “hater.” But now Dees is out.

“As a civil rights organization, the SPLC is committed to ensuring that the conduct of our staff reflects the mission of the organization and the values we hope to instill in the world,” SPLC President Richard Cohen said in a statement. “When one of our own fails to meet those standards, no matter his or her role in the organization, we take it seriously and must take appropriate action.”

Yes, NPR uses the skewed “data” from the SPLC all the time but what NPR doesn’t tell you is the sort of people that work with the SPLC.

Chip Berlet, for instance, is one of those people. Berlet has all sorts of extremist, left-wing associates (like anti-American billionaire financier George Soros) and is a member of other far left organizations such as the Socialist Workers Party. Here is an entry on Berlet in discoverthenetwork.org nestled in a page about the left-wing Tides Foundation:

Berlet is a senior analyst for Political Research Associates, and has had affiliations with the American Civil Liberties Union, the American Friends Service Committee, the Christic Institute, the Socialist Workers Party, the National Lawyers Guild, and the Southern Poverty Law Center.

To show how unbiased SLPC’s Chip Berlet is, he once wrote that, “right-wing foundations and think tanks support efforts to make bigoted and discredited ideas respectable.” Not too biased there, eh?

Discoverthenetwork.org also has a page on the SPLC itself.

Not long ago, for its expert on those monstrous patriot groups, NPR turns to a group that has ties to the Socialist Workers Party, George Soros, and the anti-Christian ACLU and then expects us to think such an organization should be accepted as an unbiased news source! Apparently NPR does expect us all to accept as gospel its left-biased report on how dangerous those “patriots” are, but I hope America is more skeptical than that.

But it isn’t just NPR. Every “journalism” outfit out there violates journalistic standards by using the SPLC’s proclamations of who is and who is not a “hate group.”

Why do I say that? Because journalists are supposed to use at least two sources to prove a fact. Yet, they always report the SPLC’s claims with no other source backing up the liberal group’s claims. The SPLC is treated as gospel with no back up needed and this violates journalistic standards.

WATCH: Dem Candidate Says Next Generation of Whites Will ‘Shoot Up Asian Churches’