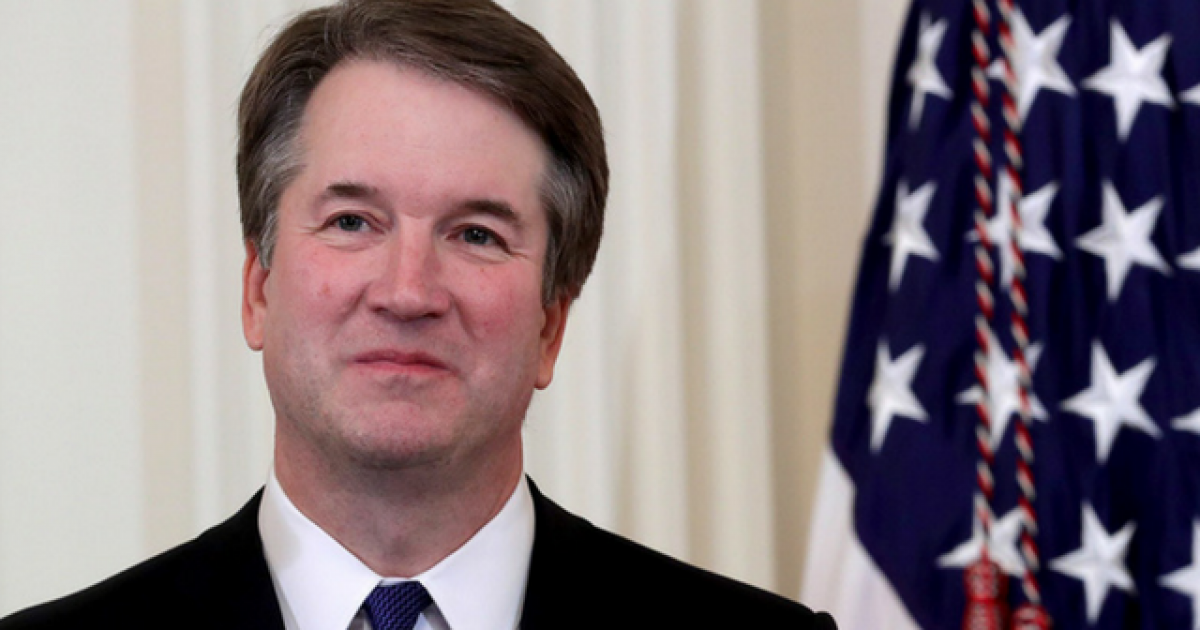 It’s crazy to think that as we sit in the freest and prosperous nation on earth, as the normal functions of our republic tick away as they were designed to do, some of the most privileged and wealthy people are acting like they’re staring down the barrel of totalitarianism because Trump.

In Nigeria, Christians are being brutally slaughtered. In the Middle East, entire regions are destabilized and terrorized by Islamist extremists. In Russia, it’s illegal to display pro-LGBT propaganda. Even in the UK, once a beacon of light for civil rights and liberty, free speech becomes more limited by the day.

And yet, because our lawfully elected President appointed a Constitutional originalist to the Supreme Court, somehow millions of people are going to die.

You know how parents tell their kids to be grateful for the food they have because there are children starving in Africa? I feel like every leftist needs to have the grown-up version of that lecture right about now, especially the group of adults who penned an outrageous open letter regarding Brett Kavanaugh’s appointment to the Supreme Court this week.

The Daily Wire’s Paul Bois has the story:

Yale Law School had the temerity to publish a press release praising Brett Kavanaugh for his career accomplishments, which then prompted a furious response from the school’s alumni.

According to HuffPo, “as of Tuesday night, more than 200 students, staff members and alumni of Yale Law School signed an open letter calling for the institution to rescind its apparent support of Kavanaugh.”

“The press release’s focus on the nominee’s professionalism, pedigree, and service to Yale Law School obscures the true stakes of his nomination and raises a disturbing question,” the letter reads. “Is there nothing more important to Yale Law School than its proximity to power and prestige?”

The letter goes on to complain about Kavanaugh’s stance towards indictment of a sitting President which troubles them considering they’re some of the millions of leftists positively convinced that Trump was involved in Russian meddling despite the blatant lack of evidence to him having done any such thing.

But their hysterics reach fever pitch as the letter goes on:

Some of Kavanaugh’s past decisions that the letter takes issue with are those pertaining to abortion and religious liberty, which give them “grave concern that he will consistently prioritize the beliefs of third-parties over the oppressed.”

The letter presses Yale Law School to find some “moral courage” and rescind its support for Kavanaugh, accusing the leaders of exploiting his nomination for future prestige. If the school does not condemn Kavanaugh, the letter hilariously claims that “people will die,” even though the authors clearly support abortion.

“Perhaps you, as an institution and as individuals, will benefit less from Judge Kavanaugh’s ascendent power if you withhold your support,” the letter concludes. “But people will die if he is confirmed. We hope you agree your sacrifice would be worth it.”

I can’t figure out if this is completely hilarious or bitterly ironic, considering that, on the chance that Kavanaugh would vote to overturn Roe v. Wade (every facet of which is entirely hypothetical), people will die…as though lives are saved by the murder of unborn children?

How can a group of such highly educated people fail so completely at basic logic?

Man Has Heart Attack While Laying Sod, What First Responders Do For Him Is The Definition Of Class