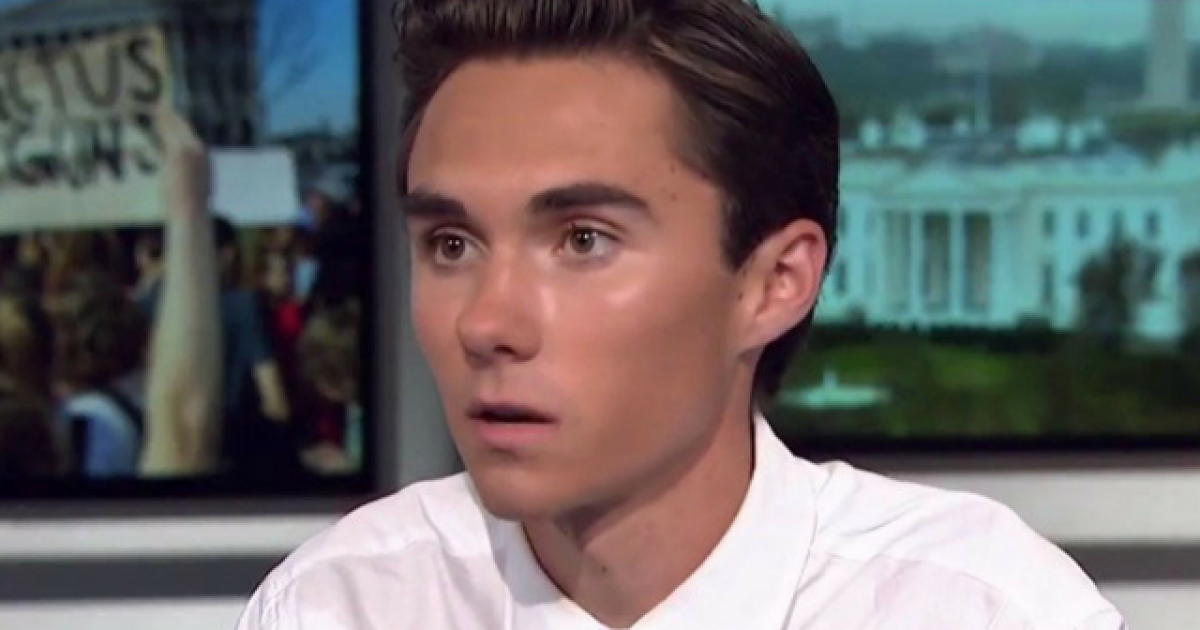 David Hogg has barely been in the spotlight long enough to become predictable, and yet he has in three months of beating the same old gun control drum, and beating it incredibly loudly, turned into an almost satirically huge stereotype of the uninformed, rhetoric-laden gun control advocate.

The just-turned-18-year-old was, up until recently, in the news nearly every week with some new explosive statement about gun control or plan to blackmail businesses associated with the NRA, gun manufacturers, or Laura Ingraham into getting behind his cause.

Supporters of the Second Amendment no doubt cringed at the thought of Hogg’s response to the latest school shooting in Santa Fe, Texas on Friday, but, shortly before a stream of all the same inane ranting against the NRA and the Second Amendment, he had a brief moment of clarity and said something actually true:

I don’t know the shooters name and don’t want to. If you agree, anytime you see a post with their name or face from news organizations post #NoNotoriety with one of the victim's names. We make these sick people known worldwide for their horrifying acts, let’s stop that.

He probably has no idea how much he has struck at the core of the horrific trend of school shootings, since he spends the vast majority of his time blaming people who have absolutely nothing to do with school shootings and are actually much more capable and successful at securing our nation’s schools and citizens.

As we as a society glorify school shooters, we create a series of antiheroes that other young, angry, ill-adjusted men across the country who have been left behind from the modern progressive era in every imaginable way.

This young man in Santa Fe was not the first school shooter to have an apparent interest in the Columbine shooters, and it was reported following the Parkland shooting that the shooter’s brother became fascinated with his brother’s fame.

What’s ironic here, of course, is that Hogg himself is a perfect example of the way young men seek fame, influence, and ultimately power, and he no doubt fails to notice this as he calls for us not to make the Santa Fe shooter notorious while simultaneously urging the nation to take the advice of a bunch of teenagers when it comes to our most sacred rights.

He’s also completely unaware that by making this statement, he’s extracting from every other argument against guns he’s ever made, separating the weapon of choice from the mind of the criminal who carried out the senseless massacre.

Regardless, truth is truth, and Hogg ought to be given credit for this tiny glimmer of wisdom, however much he still has to learn about gun violence.

Congressman Dons a Wig and Sings a Song About Trump, Totally Embarrasses Himself