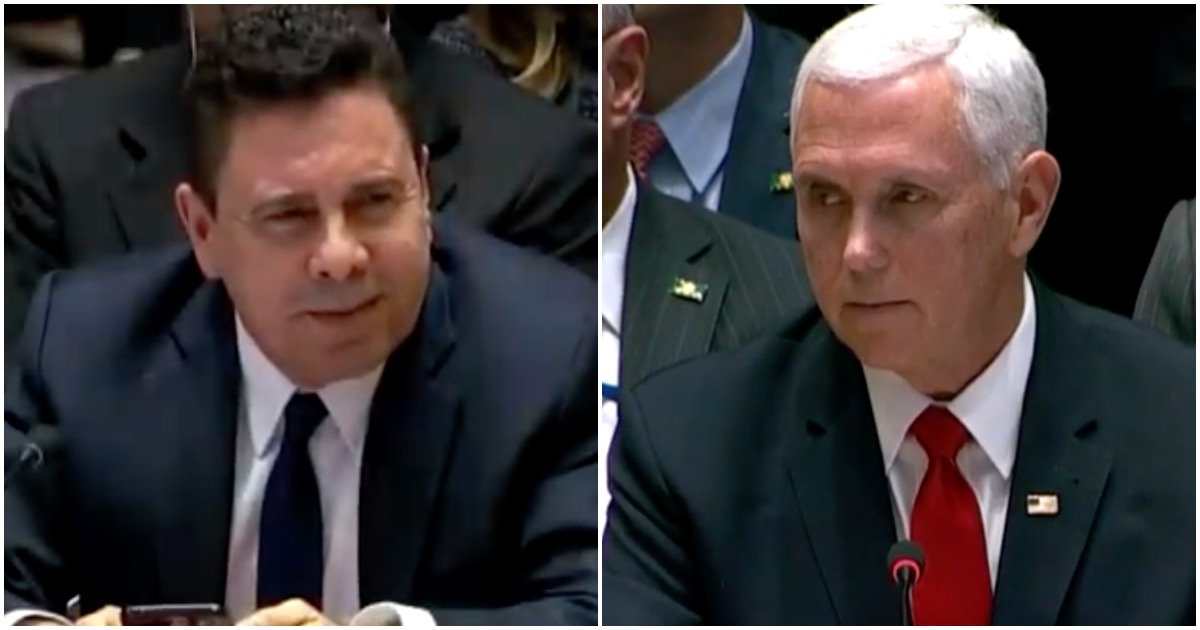 Vice President Mike Pence was polite but firm with the Venezuelan ambassador during a recent speech at the United Nations.

Pence told the ambassador to go home and let President Nicolas Maduro know that his time will soon be up, while the ambassador shook his head and murmured like a child.

It was a total boss move by Pence.

On Wednesday, speaking at a Special Session of the United Nations Security Council on the Crisis in Venezuela, Vice President Mike Pence issued a scathing condemnation of the Maduro regime in Venezuela and one of the most stunningly blunt statements in the history of the U.N., looking directly at the ambassador from the Maduro regime and telling him, “With all due respect, Mr. Ambassador, you shouldn’t be here. You should return to Venezuela and tell Nicolás Maduro that his time is up.”

Pence began by noting that Article 24 of the U.N. Charter confers on the Security Council the “responsibility for the maintenance of international peace and security.” He quoted President Truman telling Congress in 1947 of the U.N., “The United Nations is designed to make possible lasting freedom and independence for all its members.” Pence continued, “It is why this institution exists.”

Speaking of Venezuela, freshman Democrat Rep. Ilhan Omar (MN) seems to be upsetting more and more people by the day.

Of course, the main reason deals with her anti-Semitism which is absolutely blatant at this point.

Pence often remains quiet while working on behalf of the nation as the president’s right-hand man.

However, the VP decided to make it known that he’s ticked off with Omar and her anti-Semitic tweets.

Pence says Omar must “face the consequences.” In other words, she needs to resign.

Senate Minoirty Leader Chuck Schumer (D), who is Jewish, got in on the fun, as well…