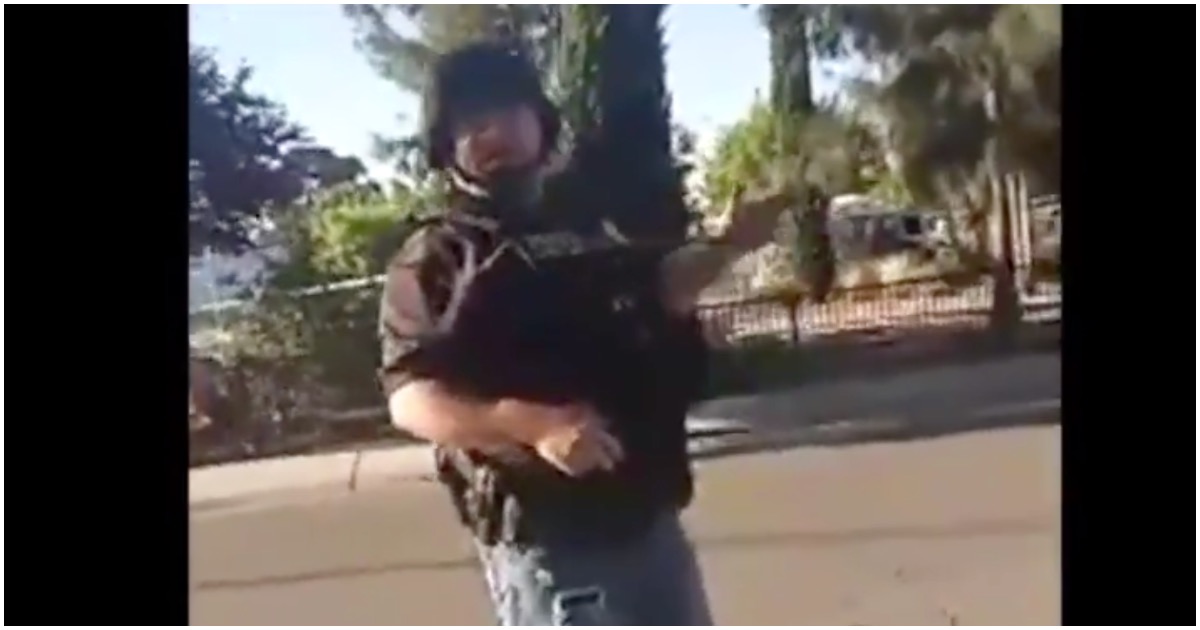 There’s probably a decent chance that the people in this video taunting police officers are not conservatives.

They most likely all voted for Hillary Clinton in 2016.

What’s worse is the mainstream media will never report this story.

VIDEO: Sacramento Police (@SacPolice) taunted by gawkers near the scene of a shooting that injured one of their fellow officers on Wednesday pic.twitter.com/Ea4VERvdV6

Twitter has a hard 2.5 minutes limit on video uploads. Watch the full video (actually two videos combined into one), which runs more than 25 minutes, at the link: https://t.co/3mTQbroNez

Sac Bee reporting the suspect in Officer O’Sullivans murder is Adel Sambrano Ramos. “Court records match Ramos’ name to a series of criminal cases dating back to 1995, including multiple domestic violence and battery cases, a divorce, theft and driving under the influence.” https://t.co/rqFsaTPFOq

Adel Sambrano Ramos, who is charged with killing Sacramento police Officer Tara O’Sullivan, allegedly threatened to kill his family "with a bomb." https://t.co/52lN4rY1cd

Unacceptable for fallen officer to be on the ground wounded for 45 minutes until being rescued. Storm the house, create a diversion…. something. #TaraOSullivan https://t.co/KEOcG90UCY

Police officers are shown zero respect nowadays by younger people thanks to a certain political party.

Here’s a mob of high schoolers going after cops for detaining their fellow student, from MyFox8 via Right Scoop:

A California high school was on lockdown Friday afternoon after an all-out brawl ensued between students, teachers and police. The incident was caught on video.

It happened at Bear Creek High School in Stockton at about 10:45 a.m., prompting the Lodi Unified School District to place the school on lockdown for close to 90 minutes.

A former student said fights were common at the school, but after seeing the video of the incident – that began with a single student fighting with a staff member – everybody agreed the situation was extreme.

CONFIRMED: Trump Orders ICE to Round Up And Deport 2,000 Undocumented Families