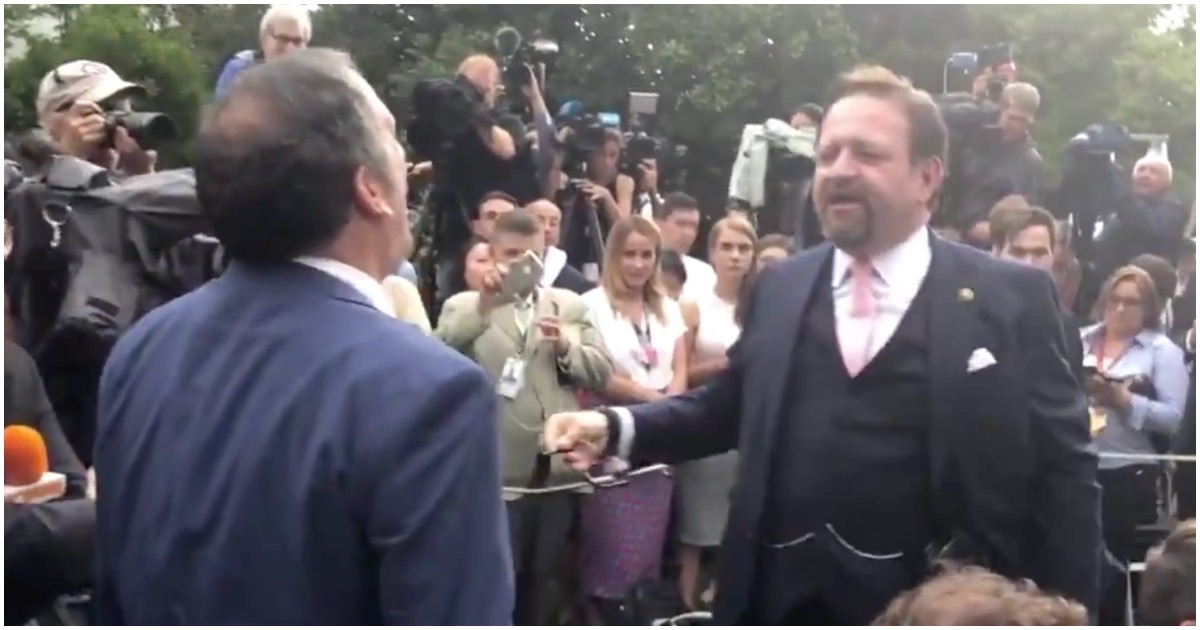 During President Trump’s Social Media Summit at the White House regarding conservative bias, former administration official Sebastian Gorka went off on a reporter.

Not just a reporter, but a CNN contributor.

Karem looked at a group of individuals, many of whom were Trump supporters, that had been selected to attend the White House’s Social Media Summit and said, “This is a group of people that are eager for demonic possession.”

My $$$ was on Seb as I note pic.twitter.com/yXfJfOKaZT

Wanted to get the part where a guest at a White House function begins walking toward the press and James O’Keefe is filming and Joy Villa is showing off her FREEDOM gown. pic.twitter.com/ZPIXRRVo6K

Nothing like getting a member of the FAKENEWS challenge you to a fight when you’re both standing in the Rose Garden of the @WhiteHouse.

These people are not journalists.

After the @POTUS statement, I queried @SebGorka (former deputy assistant to @POTUS) in the @WhiteHouse Rose Garden about why he blocks so many journalists (including me) on Twitter, despite insisting that people on social media shouldn't be blocked. Here's what happened. pic.twitter.com/ujpztNDncb

When Trump sends a tweet of Speaker Pelosi stuttering, it’s a “smear.”

MUST WATCH: Coast Guard Member Leaps Onto Drug Smuggling Submarine In Video of the Yr